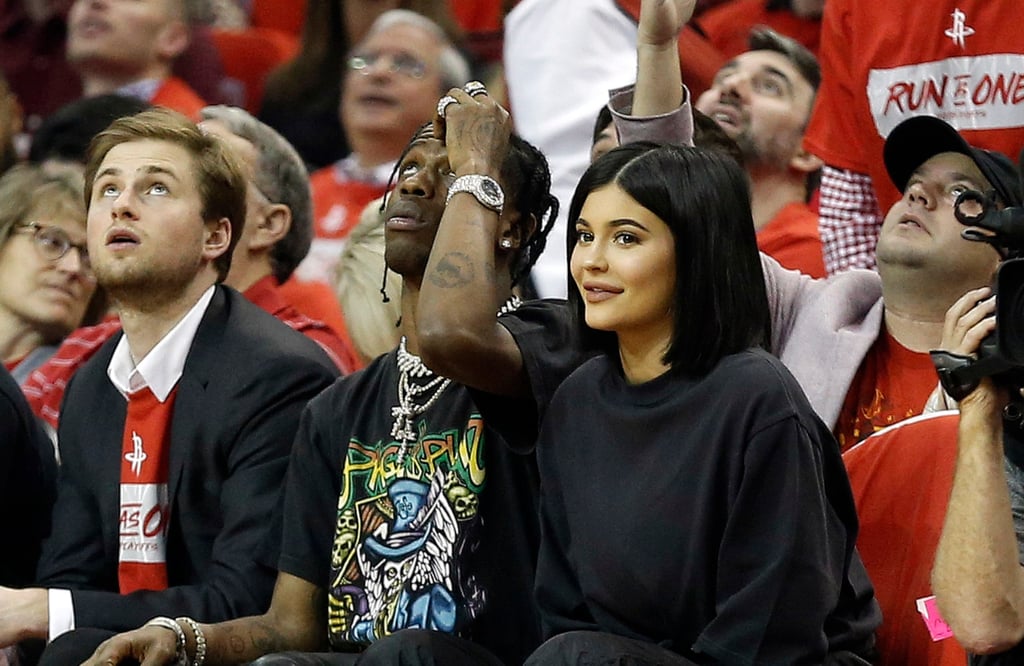 It looks like Kylie Jenner and Travis Scott have already found their go-to babysitter! Just two and a half months after welcoming their adorable daughter, Stormi Webster, the couple took a night off from their parenting duties to spend some time together at a Houston Rockets basketball game. Kylie and Travis sported coordinating all-black ensembles while attempting (keyword: attempting) to keep a low profile in the front row at the game.

So, who on Earth was hanging out with baby Stormi while these two watched the Rockets shoot some hoops? Our bets are on someone from Travis's family in Houston since new mum Khloé Kardashian is staying put in Ohio for the time being following Tristan Thompson's cheating allegations and the rest of the Kardashian-Jenner clan is back in California.

Read on for a few snaps from Kylie and Travis's latest outing, and then see our favourite pictures of their daughter being as cute as a button.