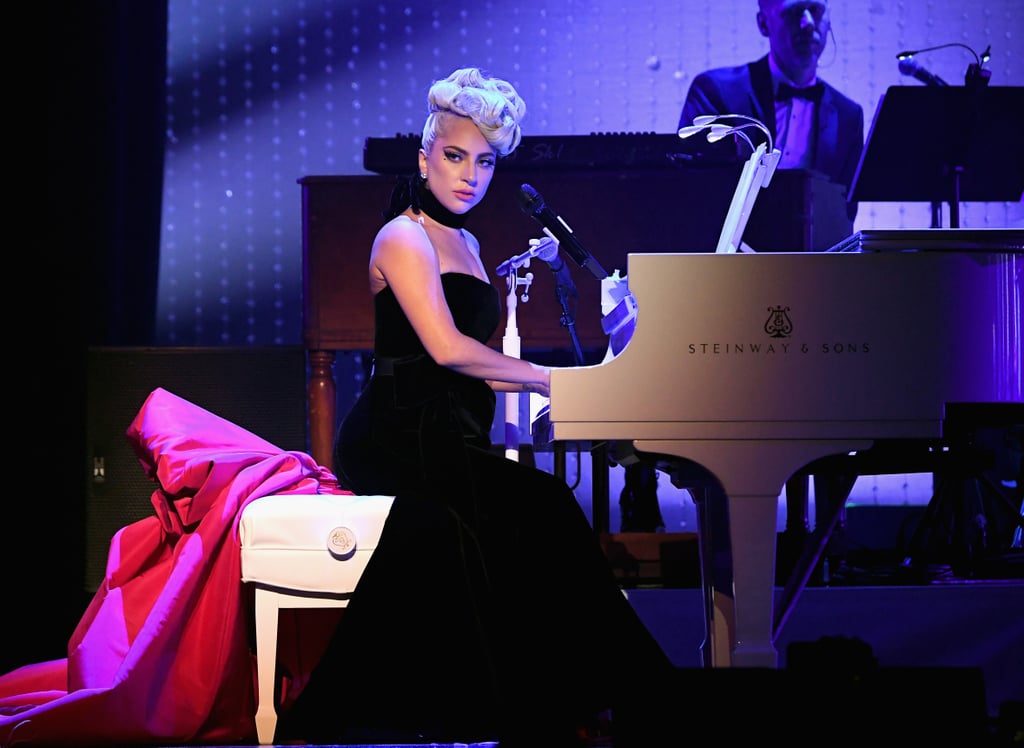 Lady Gaga is currently in the midst of her Las Vegas Enigma residency, but on Saturday night, the 32-year-old powerhouse singer paused her show to call out Vice President Mike Pence and his wife, Second Lady Karen Pence. Earlier in the week, Karen announced her plans to resume teaching at an anti-LGBTQ+ Christian school, and Gaga is not here for it. "If Mike Pence thinks it's acceptable that his wife works at a school that bans LGBTQ, you are wrong," she said in a Twitter video posted by a fan. "You are the worst representation of what it means to be a Christian. I am a Christian woman and what I do know about Christianity is that we bear no prejudice and everybody is welcome."

Gaga also spoke out against the ongoing government shutdown and took a shot directly at Donald Trump. "If the f*cking president of the United States could please put our government back," Gaga urged. "There are people who live paycheck to paycheck and need their money."

Just last week, Karen announced that she would be teaching art again at Immanuel Christian School in Virginia after she previously stopped when Mike left Congress to become the governor of Indiana. The school not only requires that its employees follow rules that discriminate against gay and transgender people, but its application form also asks applicants to confirm that their marriage is "the uniting of one man and one woman." Gaga has been a longtime supporter of the LGBTQ+ community, and we love that she continues to use her voice for causes she believes in.

TV
Supernatural (Kind of) Made Destiel Canon, and Then Everything Went Terribly Left
by Mekishana Pierre 5 hours ago

LGBTQ+
Laverne Cox Details Harrowing Transphobic Attack in Instagram Video: "This Is My Life"
by Kelsie Gibson 5 hours ago

Celebrity Interviews
Like Clockwork, Billie Eilish Does the Same Interview For the Fourth Year in a Row
by Monica Sisavat 6 hours ago