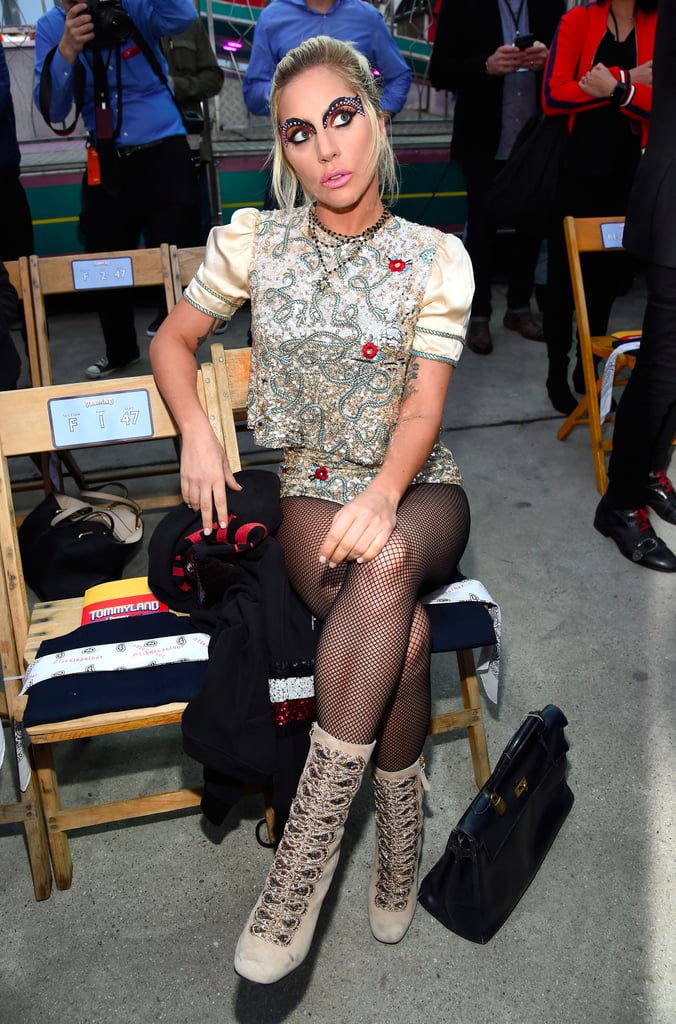 Lady Gaga popped up in the front row of Tommy Hilfiger's Spring 2017 runway show in LA on Wednesday night. The "Million Reasons" singer, who made headlines with her amazing Super Bowl half-time show performance earlier in the week, stunned in a sequin-covered ensemble and bold brow makeup and posed for photos with Yolanda Hadid, whose model daughters Gigi and Bella stomped the runway. Gaga is likely staying close to home in LA ahead of the Grammys this weekend; while she isn't nominated for any awards, she is set to hit the stage with Metallica for a duet.

It's been a huge week for Gaga, who not only nailed her Super Bowl gig but also announced her world tour and an upcoming wine brand and dropped a truly entertaining video for her new single, "John Wayne." Unfortunately, Gaga also had to face haters who both body shamed her and accused her of "stealing" elements of her Super Bowl performance from Pink. Gaga gave an eloquent response to her critics, saying, "I'm proud of my body and you should be proud of yours too," while Pink herself shot back at the copycat claims: "Who cares if I flew first?"

Related:
Taylor Kinney Was at the Super Bowl to Watch Lady Gaga, and Wow, Our Hearts
Previous Next Start Slideshow
Join the conversation
Fashion WeekLady GaGa
More from POPSUGAR
From Our Partners
Related Posts