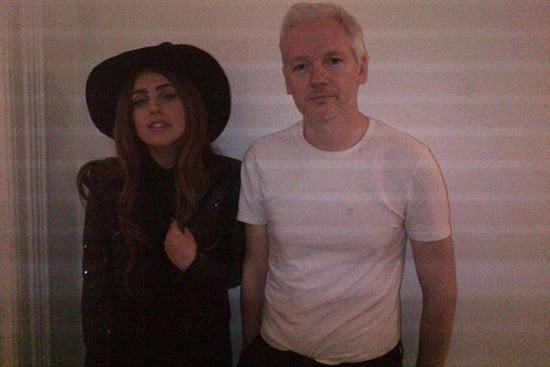 Julian Assange received a surprise guest on Monday night when Lady Gaga dropped into the Ecuadorian embassy in London. The 41-year-old WikiLeaks founder, who has been holed up at the embassy since June, had dinner with Lady Gaga, and she reportedly stayed for five hours before uploading a photo of the two of them onto her Little Monsters website. The music star was in the middle of promoting her fragrance, Fame, at Harrods in the UK when she paid Assange a visit. Assange, who was the subject of Network Ten’s TV movie Underground: The Julian Assange Story on Sunday, isn’t allowed to step out of the embassy but can receive visitors. 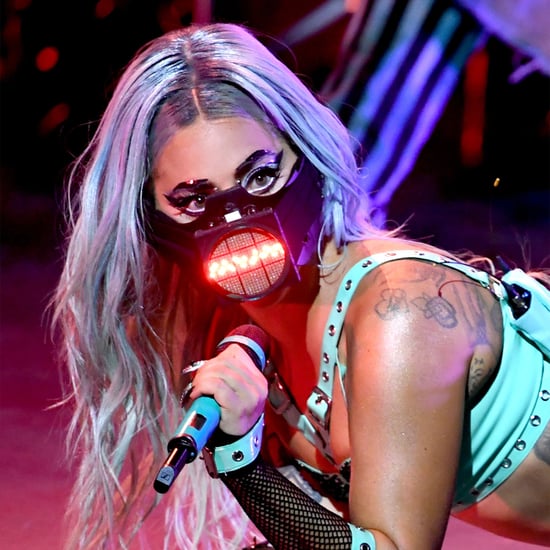 Award Season
Every Outfit Lady Gaga Wore at the VMAs Included a Very Important Accessory: a Face Mask
by Yerin Kim 3 weeks ago

Award Season
Lady Gaga Praises Ariana Grande in a Heartfelt VMAs Speech: "Girl, This Is For Us"
by Kelsey Garcia 3 weeks ago
Latest Celebrity
×