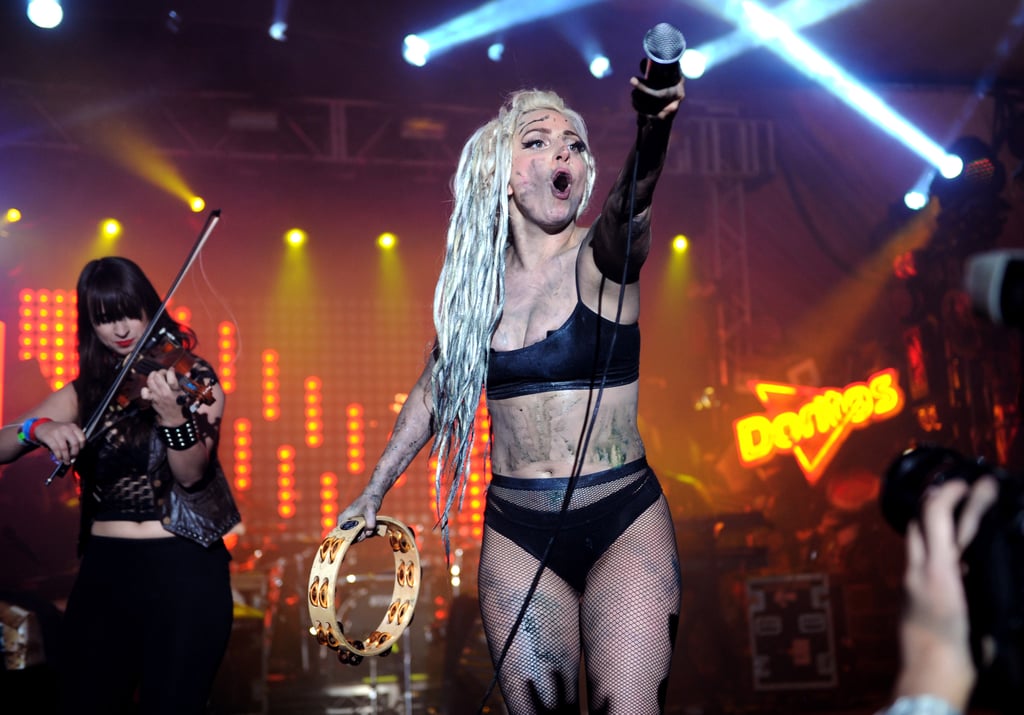 Lady Gaga Gets Puked on, and We Wonder What the World Has Come To

Lady Gaga has brought her onstage antics to a new high (or low, depending on how you look at it). During her performance on the Doritos #BoldStage at SXSW in Austin on Friday night, the singer let a woman vomit a neon green liquid on her chest while the pop star played the drums. The woman is Millie Brown, a "vomit painter" known for drinking various liquids and then barfing them back up onto a canvas. In the clip, you can see Millie drinking from a bottle before shoving her fingers down her throat and vomiting on Gaga, who finished the rest of the show covered in it. According to Billboard, Lady Gaga opened her gig by telling the crowd, "I've been having such a good time, I didn't even shower! I've been drinking a lot and eating. Are you f*cking hungry?"

Lady Gaga has publicly opened up about her struggles with anorexia and bulimia, so to some, it could seem that her most recent form of artistic expression is a bit ill-advised. The video below is not for the weak-stomached, but let us know: is Lady Gaga's latest stunt artistic or just gross? Source: Getty / Kevin Mazur