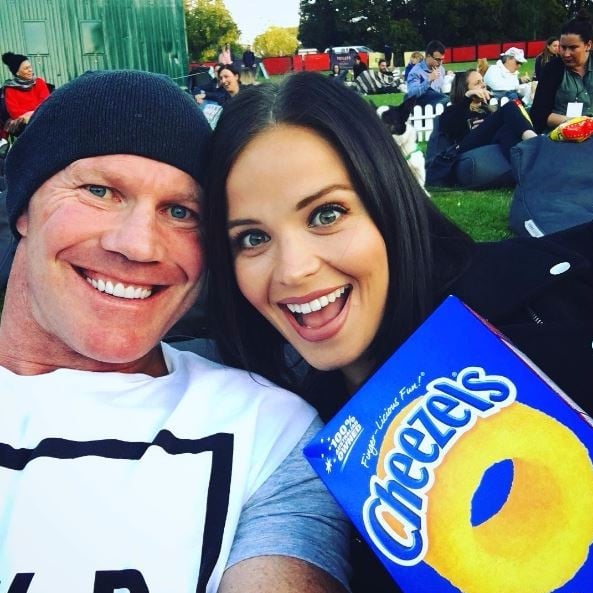 Barry Hall and Lauren Brant Are Madly in Love — Here Are the Pics to Prove It!

Network Ten's I'm a Celebrity . . . Get Me Out of Here! is a gift that keeps on giving. When the show's on air (not long to go now!) we're hooked, and when it's off air, we love keeping up with the celebs on social media. One pair we've got our eyes on now: Barry Hall and Lauren Brant.

The couple met on the first series of the show, in 2015, and they've since fallen in love . . . and announced they're having a baby! When they met, Lauren was engaged to another man, so to say we never saw this coming is something of an understatement — but we love it!

As Lauren and Barry prepare for their first child, they're not shy about showing off their love online. Scroll to see some of their sweetest snaps so far, and keep up to date here for all the I'm a Celebrity action as it rolls out in January.

MAFS 2020
MAFS Cheat Sheet: Liz Gets Her Happy Ending and the Other Must-Know Bits From Ep 34
by Hannah-Story 28 minutes ago

Music
Mariah Carey Sings "Always Be My Baby" at Home, Reminds Us She Invented High Notes
by Karenna Meredith 6 hours ago

Music
Ben Platt Passionately Sings Adele's "All I Ask", and We Have Chills From That Vocal Range
by Brea Cubit 10 hours ago

TV
Tiger King: Every Piece of Information We Have About the Disappearance of Don Lewis
by Caitlyn Fitzpatrick 12 hours ago

TV
We Had to Know: Is Tiger King's Joe Exotic Really Singing in His Music Videos?
by Amanda Prahl 12 hours ago

Celebrity Instagrams
Mariah Carey Enjoyed Her 50th Birthday at Home With Her Kids — See the Snaps!
by Brea Cubit 12 hours ago