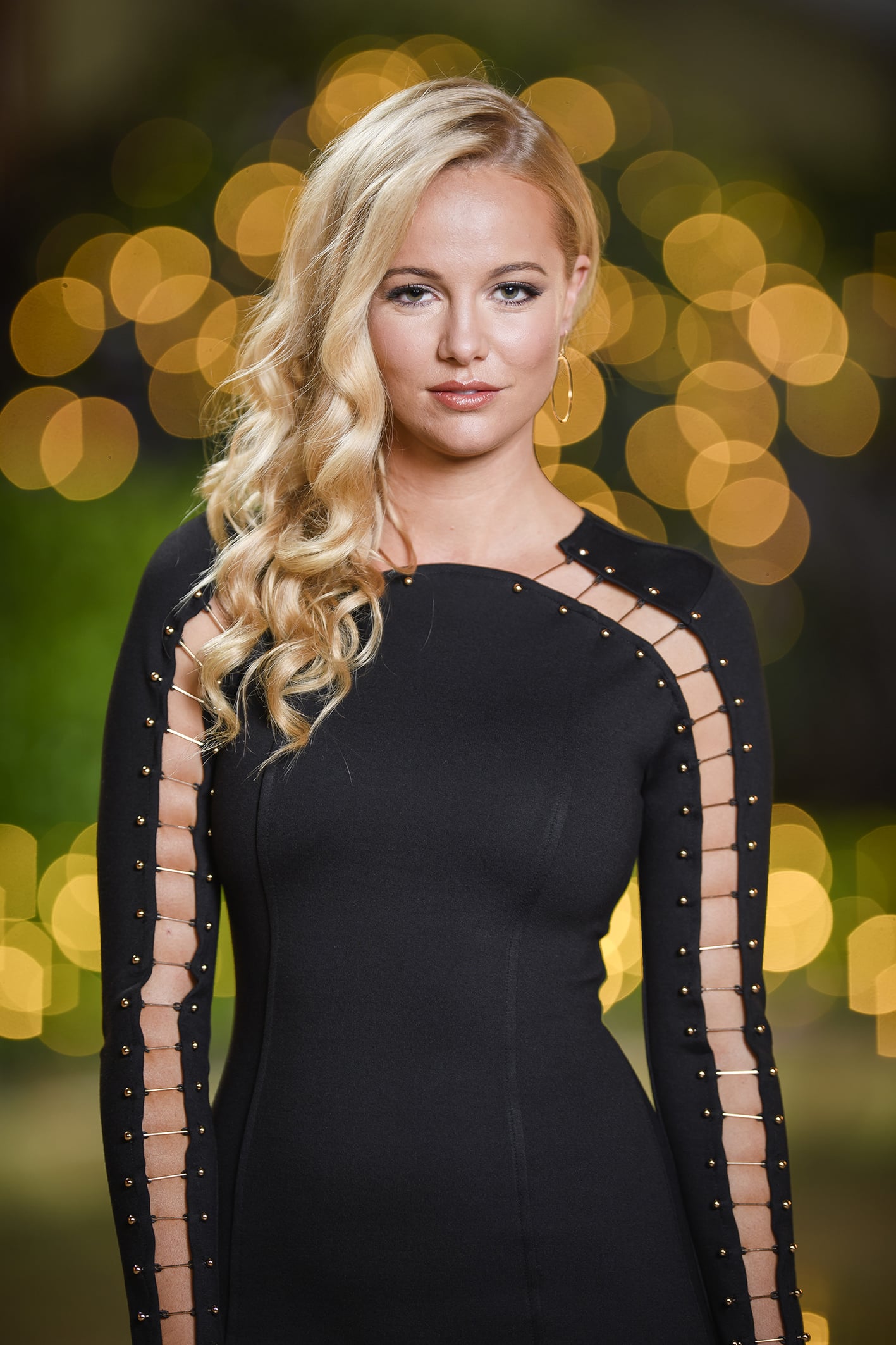 After an explosive seventh episode, it was series 'villain' Leah Costa who was eliminated from The Bachelor on Wednesday night. As to be expected, the 24-year-old Victorian didn't go down without defending herself — and below she answers some of the most pressing questions everyone has had for her over the season.

Related:
Guys, Tara Is the Real MVP on The Bachelor This Year

Read on to find out why she tried to break Simone, why she didn't tell Matty about her past and, perhaps most tellingly, how she feels about leaving the mansion.

What's your favourite memory from the house?

I think leaving [laughs]. No, there were some good ones. Elise's 30th was pretty good. We all got dressed up, had a Coachella party, Alix brought out the face paints and the girls with wine got messy.

Who was the house clown?

Sian and Tara fought that one out, they were such a good pair — but I think Tara takes the crown.

Who had the worst habit?

Sharlene, she was so bloody messy!

What is something the public doesn't know about you?

I have the dirtiest sense of humour so some of my jokes were not suitable for the timeslot. I think that's why I looked like a bitch — and not a funny bitch.

Who do you stay in touch with?

I still talk to Jen on a daily basis. I've spoken to Michelle and Sian a few times, and Sharlene. Monica is one of my best friends.

How does it make you feel when you see the girls saying on camera that you're a mean girl?

I think they are all quite lucky that they kept their bitchiness off camera. I threw caution to the wind and figured, let's just be real. They are lucky theirs didn't come out.

Why did you cry when you found out Matty's sister Kate was going to be spending the day at the house?

Matty and Kate had this cute little hug and I instantly saw me and my brother. We live together and I got really homesick. My brother will laugh that I had a little cry over him!

Why weren't you honest with Kate on the first meet in the house garden?

I was honest with Kate. I told her what I did, that I had done events from polo to bucks parties. Are you going to tell some guy's sister that you used to get your boobs out!? I didn't even know if I liked Matty, so I wasn't going to tell his sister that.

Why did you try and break Simone?

When you get put in a house with 22 girls, you are not going to like everyone. We just drove each other up the wall. Lots of things you don't see, but I think it was a pretty even battle and I think I pushed a little bit harder than she did.

Are you concerned you came across as a bully?

I think that is a bit of my worry. I don't consider myself a bully — I can be a bitch, and I'm open with that. Lots of things weren't shown that would explain why I act the way I act.

You finally came clean to Kate about your business on the date with the kids. You then threw Simone under the bus. Why did you feel the need to involve Simone?

I think that was a bit of clever editing there. At no point did I think it had come from Simone, as I knew that would throw her under the bus as well. It all just came out and once it did it streamrolled and secrets were flying everywhere.

When you confronted the girls in the kitchen, you were quick to think Simone had told Kate about you. Why was this?

I actually never thought Simone told Kate. I was pretty sure that she wouldn't because it would rub back on her. I was fairly sure that Elora has mentioned it, that's just Elora.

Matty was upset that he was the last to know and that you hadn't been honest. Why didn't you tell Matty earlier?

To be honest, I have met people at bars that I know better than Matty. Yeah, I had been on a few dates but you're fighting with other women. I'd had a chat about my family and travel and other than that, I'd spent 10 mins with the dude. I'm not going to air my dirty laundry to someone I don't know if I even like.

When did you plan to tell Matty about your past?

I think I would have told Matty eventually, but why would you tell someone you don't even know?

You then outted Simone to Matty. Why did you do that?

Matty already knew, he asked me who else he should chat to, he gave me a leading question. I probably regret doing that but he knew we had a bit of bad blood. I figured, hell, if I'm going down somebody else can do some explaining.

How did you feel when Matty told you he thought it was best that you left?

Have you spoken to Simone since you have left?

I have. Simone and I have put water under the bridge and explained why we did what we did. I think we're all good, we're friends now and it's all resolved.

Why did you start topless waitressing? Would you ever do it again?

'Cause I have good boobs [laughs]! I was broke, I was at uni living on my own and my study load was so heavy, I couldn't afford to work massive hours without much income. Would I do it now, probably not. I don't think it's something I could return to. People are judging, and that's a bit harsh. You can go to a beach in Europe and it's everywhere and nobody seems to care too much. Kim Kardashian can post nudes and the world gets behind her.

When was the last time you participated in topless waitressing yourself?

TV
Everything We Know So Far About Cobb Vanth, Timothy Olyphant's Mandalorian Character
by Amanda Prahl 46 minutes ago

Locky Gilbert
Locky and Irena Gush About Their Blooming Real-World Relationship: "You're Perfect for Me"
by Hannah Story 14 hours ago

Locky Gilbert
Bella Talks About the Silver Lining to Her Bachelor Heartbreak: “Sometimes Best Mates Are Better Than Boyfriends”
by Hannah Story 15 hours ago

TV
Dr. Michelle Lee Talks Dr. 90210 and the Challenges of Being a Female Surgeon
by Danielle Jackson 21 hours ago