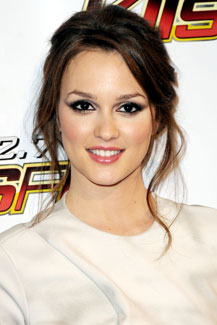 Move over, Chuck Bass—there's a new man in Leighton Meester's life. Well, on the big screen anyway. Meester is set to star opposite Hugh Laurie in the upcoming indie comedy The Oranges. The film focuses on the relationship between a man and his daughter's best friend, which naturally causes turmoil in both of their lives.

Presumably, Leighton will be playing the friend and Laurie will be her older suitor, with Catherine Keener also set to star. The pervy dad shacking up with Lolita-type isn't exactly a groundbreaking idea (American Beauty immediately comes to mind), but the comedy genre is what's getting me here. Can you see Meester and Laurie having chemistry and comedic timing?