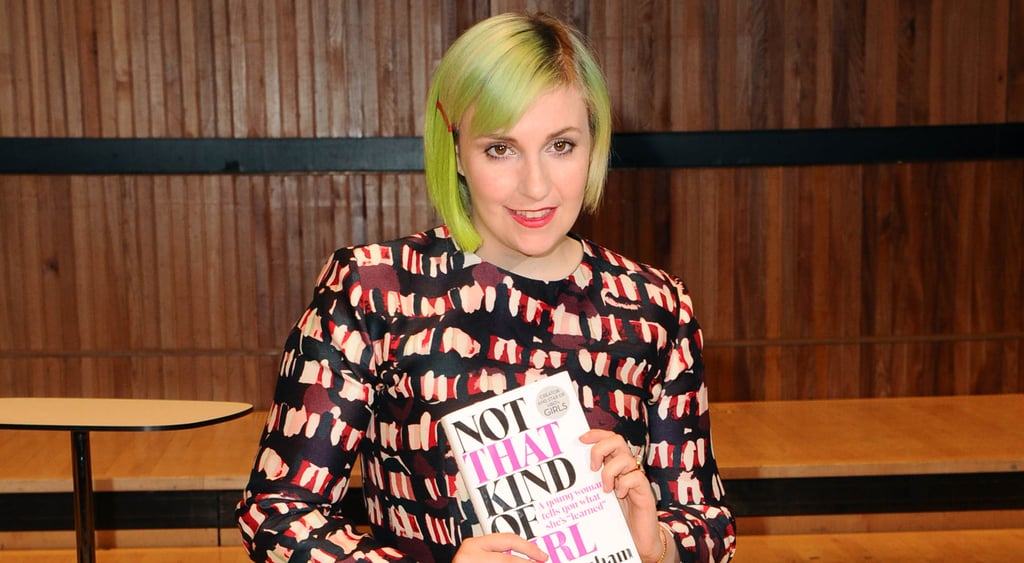 Lena Dunham released a statement about the recent controversy that came about when conservative magazine National Review accused her of molesting her little sister. Ben Shapiro, a conservative commentator, claimed in his Truth Revolt blog for the magazine that Lena had given "unsettling" descriptions of sexually abusing her then-6-year-old sister, Grace, in her new book, Not That Kind of Girl. In the passage that Ben referenced, Lena joked about acting like "a sexual predator" in an effort to bribe her younger sister for "her time and affection." She also mentioned that she had, when she was 7 years old, glanced at her sister's vagina out of curiosity. On Tuesday, Lena shared the following statement with Time:

I am dismayed over the recent interpretation of events described in my book Not That Kind of Girl. First and foremost, I want to be very clear that I do not condone any kind of abuse under any circumstances. Childhood sexual abuse is a life-shattering event for so many, and I have been vocal about the rights of survivors. If the situations described in my book have been painful or triggering for people to read, I am sorry, as that was never my intention. I am also aware that the comic use of the term "sexual predator" was insensitive, and I'm sorry for that as well. As for my sibling, Grace, she is my best friend, and anything I have written about her has been published with her approval.

Lena first responded on Twitter this past Saturday, calling Ben's painting of her action as "upsetting and disgusting." See her tweets below.

The right wing news story that I molested my little sister isn't just LOL- it's really fucking upsetting and disgusting.

And by the way, if you were a little kid and never looked at another little kid's vagina, well, congrats to you.

Usually this is stuff I can ignore but don't demean sufferers, don't twist my words, back the fuck up bros.

I told a story about being a weird 7 year old. I bet you have some too, old men, that I'd rather not hear. And yes, this is a rage spiral.

Sometimes I get so mad I burn right up. Also I wish my sister wasn't laughing so hard.

On Monday, Lena also announced that she was skipping out on two appearances in Berlin and Antwerp, Belgium, during her European book tour, although she didn't suggest that this was related to the conservative blog's accusations.