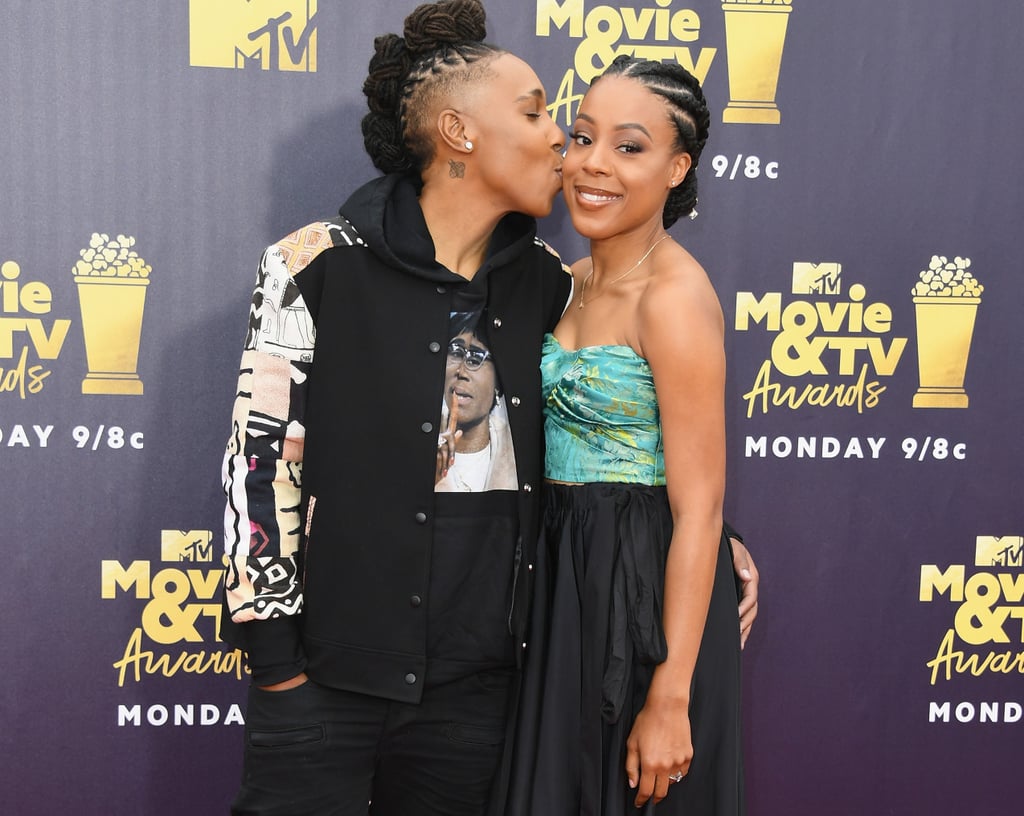 The MTV Movie and TV Awards took place on Saturday night, and all kinds of stars popped up to attend the show. Among them was Lena Waithe, who had her girlfriend, Alana Mayo, by her side. The gorgeous couple got nice and cosy as they posed for photos on the red carpet; Lena even managed to sneak in a sweet kiss. After that rainbow flag at the Met Gala, we're thrilled to see Lena living her truth yet again in a spectacular and visible way. Read on to see more pictures of the pair, and if you're inclined, get a load of the controversy sparked by Kim Kardashian.