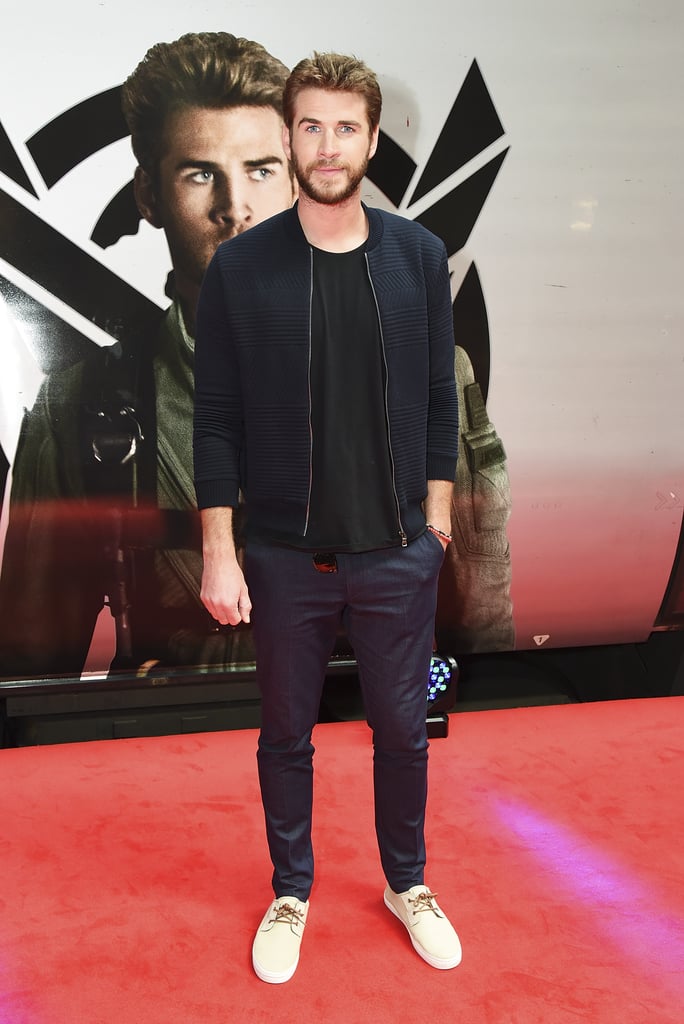 It's been far too long since Liam Hemsworth hit the red carpet to promote a film, and we were starting to go through withdrawals. The last press tour he did was for The Hunger Games: Mockingjay — Part 2/a> last year, and after some rest and relaxation — including rekindling his romance with Miley Cyrus and lots of surf sessions with his brothers Down Under — the 26-year-old Aussie actor is back and looking better than ever.

Liam kicked off his promo tour of Independence Day: Resurgence with a photo-call in his native Australia last week and looked just as stunning as the Sydney Opera House backdrop. On Monday, he linked up with co-star Jeff Goldblum in London to debut Virgin Trains' new Beam service and posed in front of a car that was wrapped with his own gorgeous face. The big question is: will Miley join her fiancé on the red carpet for any upcoming premieres?