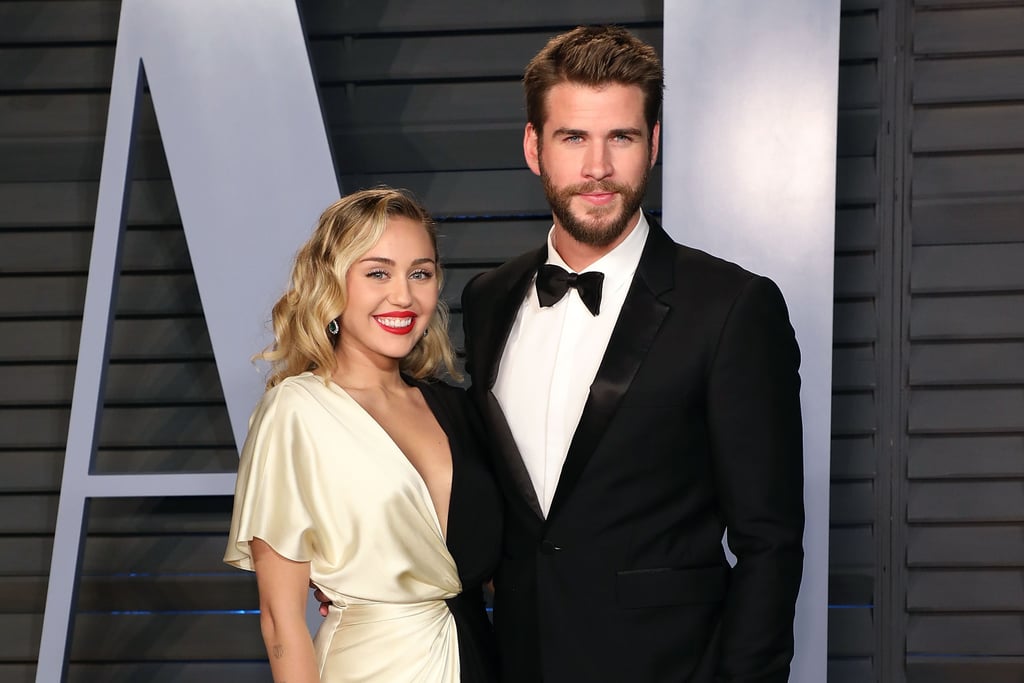 Liam Hemsworth and Miley Cyrus have gotten even cuter since they got married! The couple first tied the knot in December and have been giving us sweet glimpses of their lives as newlyweds ever since. During an appearance on Live With Kelly & Ryan on Friday, Liam couldn't help but gush about "his wife" as he chatted with the hosts. In addition to talking about their wedding (and how he didn't tell his former Hunger Games co-star that he got married), he also revealed that Miley decided to take his last name. Let's just say he got pretty emotional about the whole thing!

While their first few months as newlyweds have been blissful, they also faced a heartbreaking loss right before their wedding when their house burned down in the California wildfires. During the show, the Isn't It Romantic star opened up about how he was lucky enough to make a quick trip home during the fires and save all of their beloved dogs, cats, pigs, and horses. See even more of his latest appearance ahead!

Celebrity Babies
Christina Milian Welcomes Her 1st Child With Boyfriend Matt Pokora: "And So We Begin"
by Samantha Brodsky 1 day ago

Cody Simpson
Miley Cyrus Showers Cody Simpson With Love on His Birthday: "To My Best Friend"
by Brea Cubit 1 week ago
Latest Celebrity
×