Many actors would be content with a starring role on one of TV's most popular sitcoms, but not How I Met Your Mother's Josh Radnor. After the release of his directorial debut, HappyThankYouMorePlease, Radnor has another project he wrote, directed, and stars in. In Liberal Arts, he plays a disenchanted college admissions counselor who travels back to his alma mater and encounters a lively and charming sophomore (Elizabeth Olsen) who inspires him. In turn, he responds by telling her, in so many words, that her liberal arts degree will prepare her for a life of disappointment. 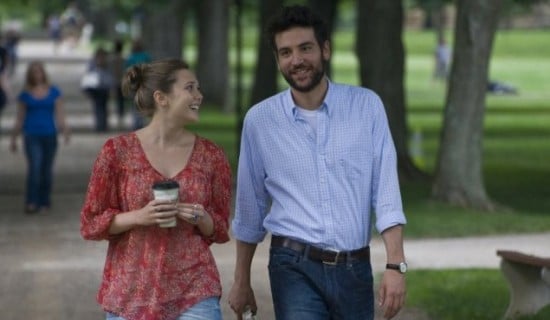 As impressive as it is that Radnor is blazing a trail for himself in the film industry, this trailer feels like something we've seen before (Woody Allen has done the whole semi-depressive leading male romancing a young woman story to death). If anything, I'm excited to see the excellent Richard Jenkins and Allison Janney as Radnor's former professors. Check out Liberal Arts when it opens Oct. 11, and take a peek at the trailer when you read more.