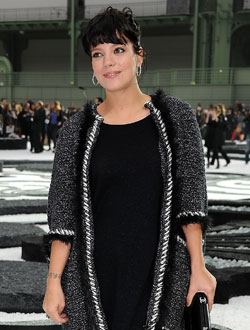 We're sad to report that Lily Allen has suffered a miscarriage. Her spokesman confirmed the news today. Lily and her boyfriend Sam Cooper announced she was three months pregnant at the beginning of August. She was reportedly rushed to hospital on Thursday.

This is the second time Lily has suffered a miscarriage—she suffered one in 2008 when she was dating Chemical Brothers singer Ed Simons.

She recently spent time at the Spring fashion shows, showing off her baby bump to friends.

Our thoughts are with Lily and Sam.