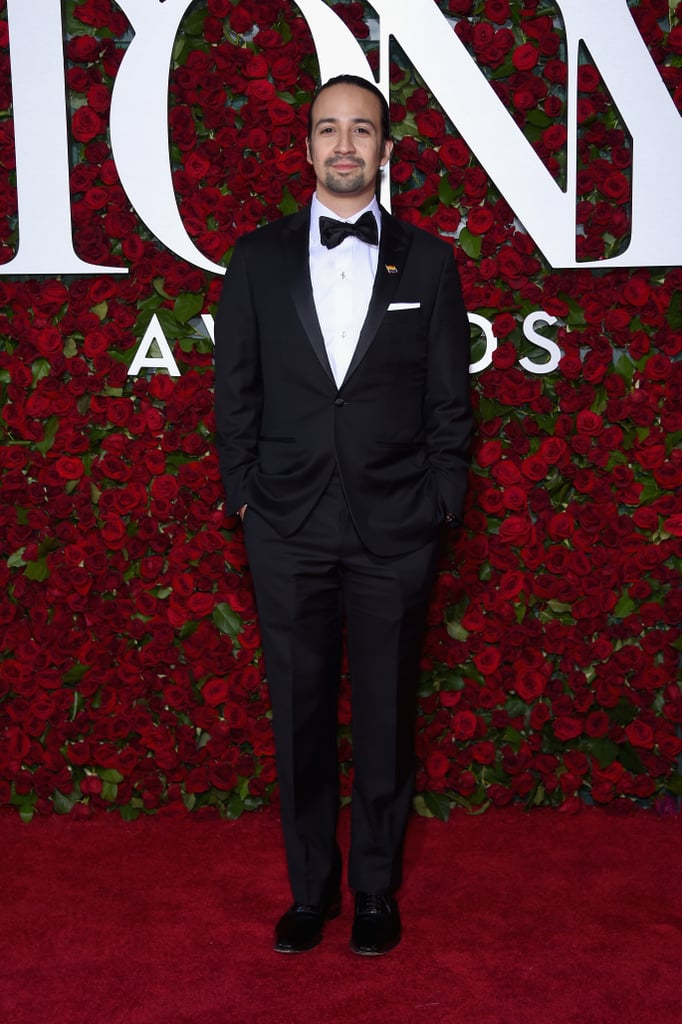 Lin-Manuel Miranda attended the Tony Awards at New York City's Beacon Theatre on June 13 looking beyond dapper and sporting a rainbow pin to show his support for the LGBTQ community in the wake of Orlando's tragic mass shooting.

The Hamilton star and creator, whose sell-out show is nominated for a whopping 16 awards, stunned in a super cool tuxedo, bow tie, and sunglasses combination on the sunny red carpet with his gorgeous wife Vanessa Nadal by his side. Lin-Manuel of course took the time to pose with his fellow theatre professionals, including his cast and hilarious Unbreakable Kimmy Schmidt actor, Jane Krakowski. Read on to see more pictures of Lin-Manuel on the red carpet, and then find out why Lin-Manuel is one of Time's 100 Most Influential People list this year.

Award Season
Trevor Noah Is Hosting the 2021 Grammys, and He Has Plenty of Joke Material to Work With
by Monica Sisavat 4 days ago
Latest Celebrity
×