You know what to expect from a film like Little Fockers. The third entry in the Meet the Parents saga sticks to the franchise's regular elements: kooky parents, an overbearing stepfather and slapstick comedy. Usually I'd probably sneer and scoff at the predictable fart jokes, but there's something about Greg Focker and his family that's just likable (albeit ridiculous). 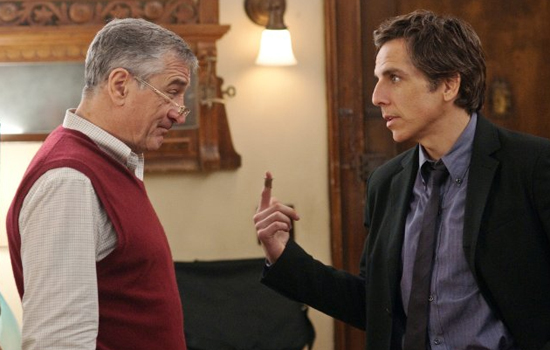 Ben Stiller reprises his role as Gaylord (aka Greg) Focker, the head of the Focker household — well, unless his father-in-law Grandpa Jack (Robert De Niro) is in the room. Greg is now the father of twins: a sharp daughter who refuses to speak to him, and a boy who, as Jack puts it, has a "double dose" of Focker (translation: he performs "pull my finger" jokes and asks inappropriate questions involving a girl's anatomy). Though the title of the film suggests this latest installment is all about the kids, Little Fockers really is all about the ongoing animosity between Greg and Jack.

Check out more of my thoughts on the film after the jump.

Jack is acting like an even bigger curmudgeon after his other son-in-law, Dr. Bob, gets caught having an affair. As a result, Jack is now hoping to pass on the title of "GodFocker" (in other words, his patriarch successor) to his second choice: Greg. Greg accepts, but his bad luck continues to follow him. This time around, it's Jessica Alba as a sexy pharmaceutical sales rep pushing an erectile dysfunction drug. She has a crush on Greg, which catches Jack's attention. Clearly, Jack does not want a repeat of the Dr. Bob fiasco. 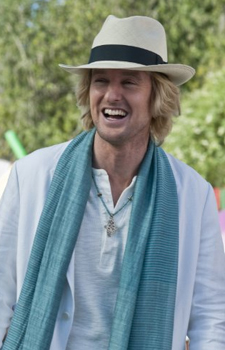 The film's plot feels slapped together to create dramatic conflict, but the stakes aren't quite there. Greg's always been a do-the-right-thing guy — you don't really expect him to cheat, do you? Even so, I found it forgivable, since these films rely on funny individual scenes. And where that's concerned, Little Fockers is on par with the rest of the franchise.

All of the major players return for this new installment, and it's fun to see the familiar oddballs. Barbra Streisand and Dustin Hoffman pair up again as Greg's parents, and Owen Wilson reprises the role of Kevin, Pam Focker's wealthy ex. Their screen time is slim however, compared to De Niro's. He carries most of the film's jokes, so whether you like the movie really depends on whether you like De Niro doing lowbrow comedy.

I went to the cinemas to enjoy Little Fockers for what it is: something lighthearted and silly. And if that's what you're looking for over the holiday, it may just hit the spot.