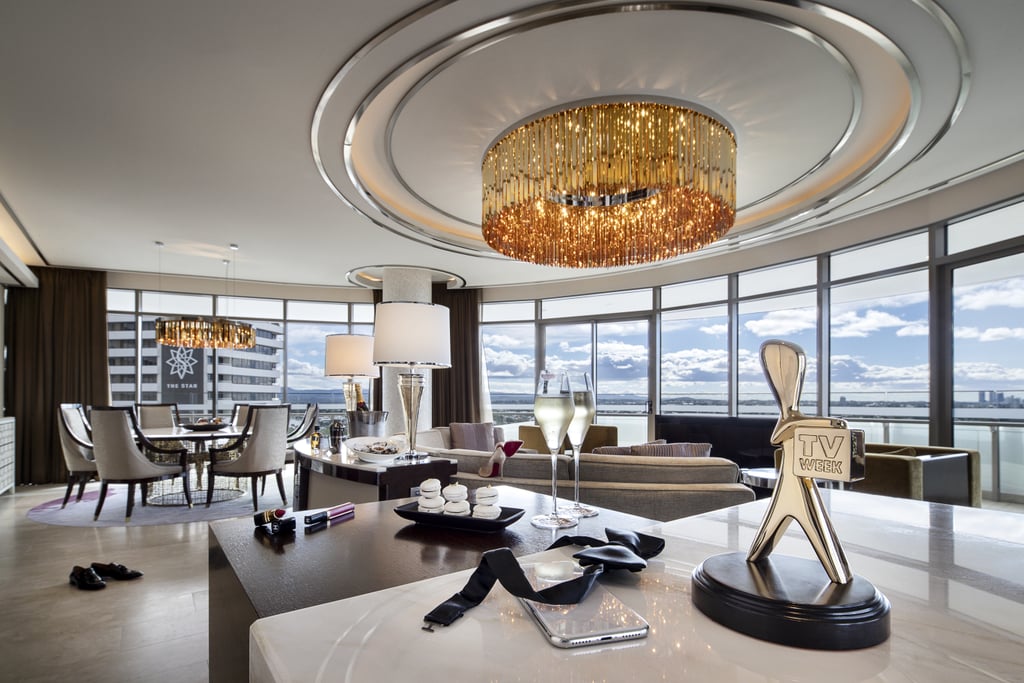 The $5,000-a-Night Hotel Rooms the Celebs Will Stay in Post Logies

There are so many things we are jealous of the stars for getting to enjoy about the Logie Awards. From the extravagant hair and makeup, to the beautiful dresses and the mouth-watering menu, it is already safe to say we would trade places with any one of the lucky celebs in a heartbeat. But, our envy went to a whole new level when we received a sneak peek of the luxury accomodation they will be staying in at the five-star The Star Gold Coast.

The celebs are being provided with suites at two of The Star's most lavish hotels- The Star Grand and The Darling at The Star. Conveniently, both hotels are situated in the same complex as the awards themselves, meaning the party does not have to stop once official proceedings have come to an end. If anything, both hotels' stunning views of the Gold Coast skyline with a wrap-around balcony and floor-to-ceiling windows, as well as extravagant features including an infinity pool, guarantee the celebrations will continue long after the last winner is announced. Since a night in the main penthouse at The Darling can cost over $5,000, a stay in either one of these opulent hotels is something most of us can only dream about. But, we certainly consider being able to quite literally peer behind the curtain and catch a glimpse at how our brightest stars will be spoilt on their night of nights to be the next best thing.

Take a look inside both The Star Grand and The Darling at the Star below.

Related:
Why This Year's Gold Logie Race Is One of the Tightest Yet
0
previous images
-22
more images
Previous Next Start Slideshow
Join the conversation
TVAward SeasonLogiesTV Week Logie AwardsLogies AwardsAustralian TV
More from POPSUGAR
From Our Partners
Related Posts

TV
Lend Me Your Ears: Lee Daniels and Fred Savage to Reboot The Wonder Years With a Black Family
by Brea Cubit 2 days ago

Pop Quiz
Can You Guess the Friends Episode Based on a Single Image?
by Becky Kirsch 2 days ago

TV
Michaela Coel Didn't Settle For Netflix's $1 Million Deal, 'Cause She Wanted to Own. Her. Work.
by Karenna Meredith 3 days ago

Music
The Rumours Are True: The Umbrella Academy's Emmy Raver-Lampman Has an Amazing Singing Voice
by Grayson Gilcrease 3 days ago
Latest Celebrity
×