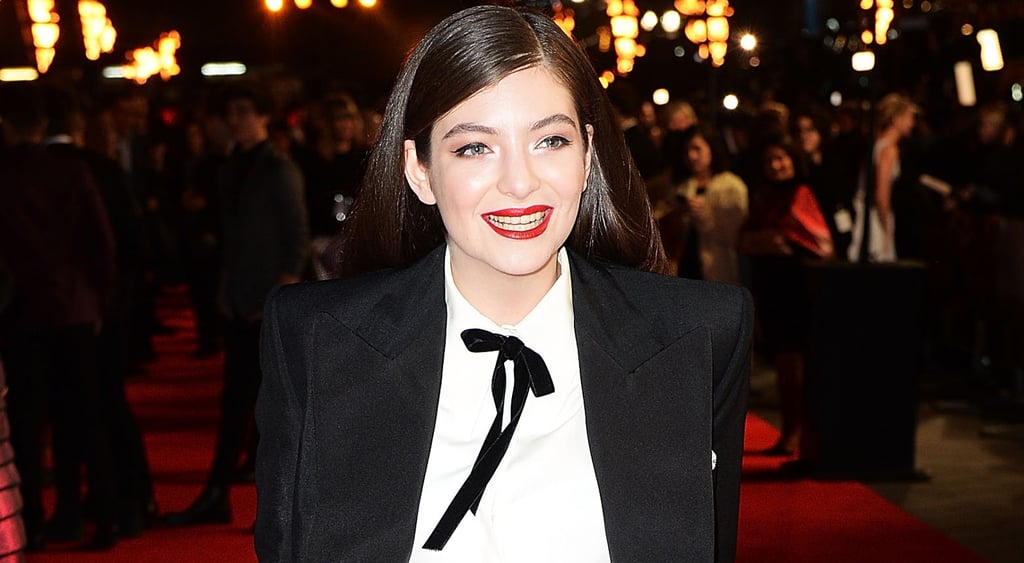 Following reports that Lorde reacted negatively to Kim Kardashian's Paper magazine pictures, the singer took to Tumblr to set the record straight. Several celebrities commented on Kim's pictures, including Lorde, who retweeted Kim's picture and wrote the word "Mom." People interpreted that tweet in different ways, with some believing that, like Naya Rivera, Lorde was commenting on how the photo shoot was inappropriate for a mother. However, that's not at all what Lorde meant. She explained that "among the youthz," writing "mom" is a compliment, saying that it "jokingly means 'adopt me/be my second mom/I think of you as a mother figure you are so epic.'" In her post, Lorde also added that she reached out to a mutual friend of hers and Kim's to clarify, and Kim understood what she meant. Take a look at Lorde's Tumblr post below.

"omg haha ok so. time to explain this. i retweeted kim's amazing cover and wrote 'MOM', which among the youthz is a compliment; it basically jokingly means 'adopt me/be my second mom/i think of you as a mother figure you are so epic' (obviously i love my own mama and she is the best tho) but straight after that i think someone else called out the cover saying kim has no right to look that sexy as she is a mother which is TOTAL trash — why should that stop her? if anything i think she gets even more beautiful and sexy all the time like a fineass wine, and of course has every right to showcase that - but i think our two comments got lumped in and also maybe reporters don't understand my breed of humour/worship. i am the biggest fan of jean-paul goude and of grace jones, as you know, and there's no way i could support one and not the other you know? it wouldn't make any sense to worship rih in her swarovski crystal gown at the CFDAs, or grace naked on the cover of island life (as shot by goude!), and not kim. to summarize - kim's cover was pure heaven. so so beautiful. i'm proud to say it'll be on my wall.

"ps. i messaged our mutual friend straight away and made sure kim understood, and she does and all is well.

"so i hope that's cleared up. next time i'll go for a good old fashioned 'SLAY' instead.

TV
KUWTK Is Coming to an End, So What Does That Mean For Future Spinoffs?
by Monica Sisavat 11/9
Latest Celebrity
×