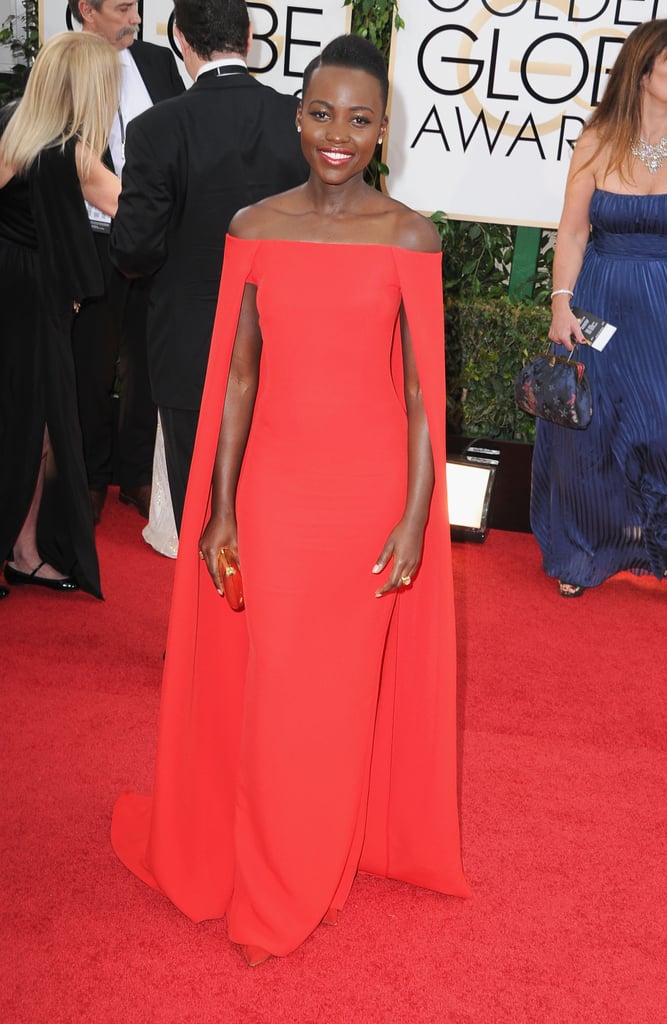 Lupita Nyong'o was the lady in red when she arrived at the 2014 Golden Globe Awards in LA in a Ralph Lauren number. She is nominated for the best supporting actress for her role in 12 Years a Slave, which, interestingly enough, is also her first film role. Despite not having a long film resume, Lupita does come to the Globes with impressive credentials as she is a graduate of Yale's famed School of Drama's Acting program. Hopefully all the attention on Lupita will carry over on Thursday when the Oscar nominations are announced. Lupita is expected to land a nod for her role in 12 Years a Slave alongside her co-stars Michael Fassbender and Chiwetel Ejiofar.