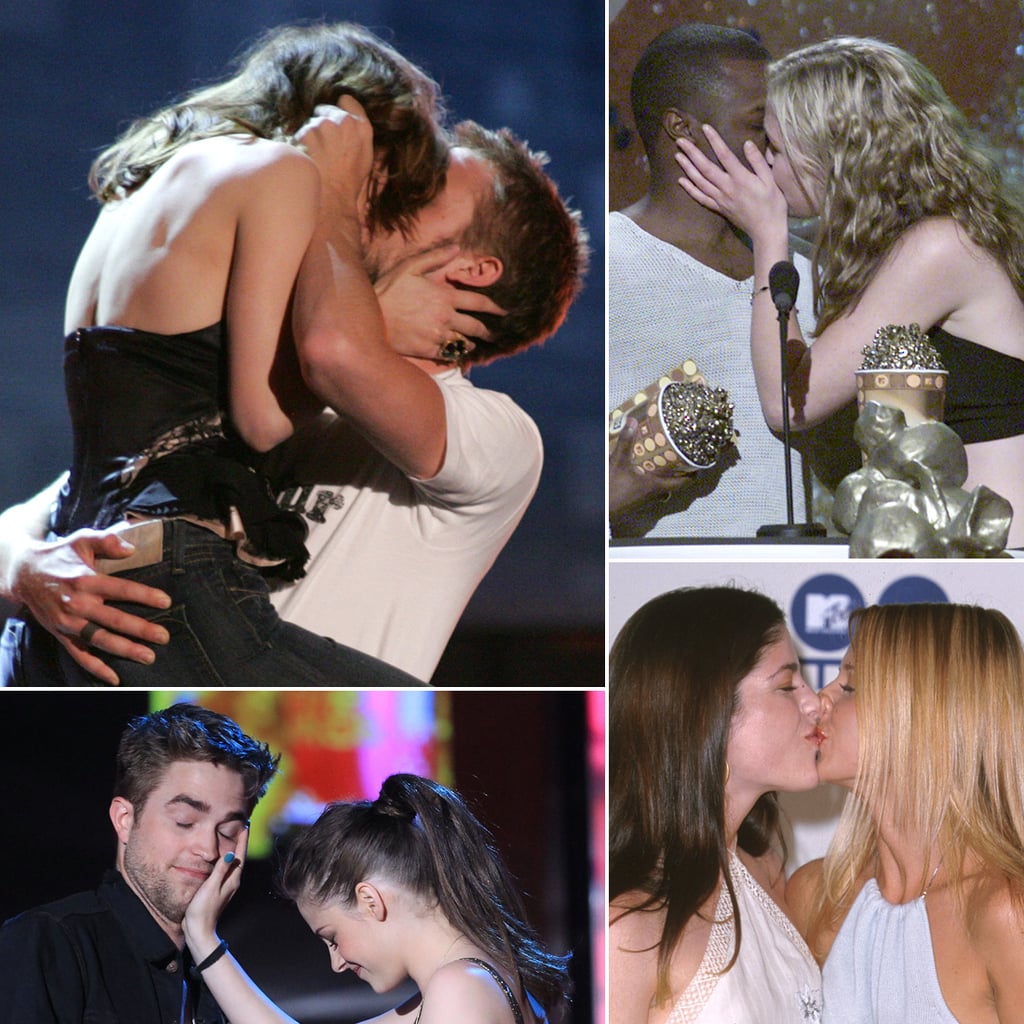 Pucker Up For the Best Kisses of the MTV Movie Awards

The MTV Movie Awards' best kiss honour has been awarded to film couples since 1992, and it has to be our favourite award at the show. (I mean, who could forget Ryan and Rachel's steamy onstage kiss?!) From winning co-stars having silly makeout sessions to real-life couples accepting their trophy with hot and heavy smooches, it's always one of the most entertaining award-show moments. Before the 20th annual MTV Movie Awards air, take a trip down memory lane with the best PDA moments from best kiss award winners.