For such an innocuously-titled episode, this week's Mad Men is anything but. There's both potty humour and the raw honesty, and by the time the vomit and ghosts appeared, I was convinced I was watching the wrong show. 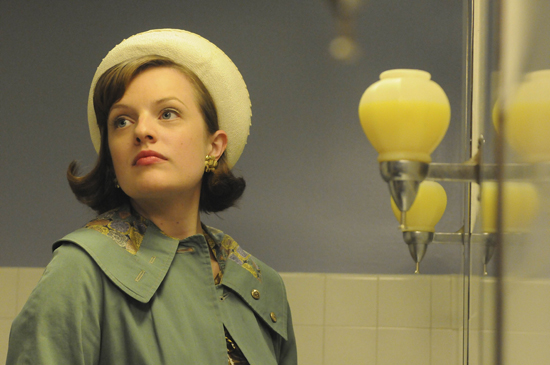 The series really roughed up its Emmy-fresh sheen to peel back the curtain and show us a more, uh, interesting side. Aside from the boxing and strength metaphors, this episode is really about Don and Peggy and exposing a new facet of their relationship. Let's get to it, shall we? To discuss the maddest moments of this week's episode, just read more.

What did you think of "The Suitcase"? Were you as shocked as I was that they went so far with some things (yes, I'm thinking of all the bodily function situations). Chat me up with your reactions below!