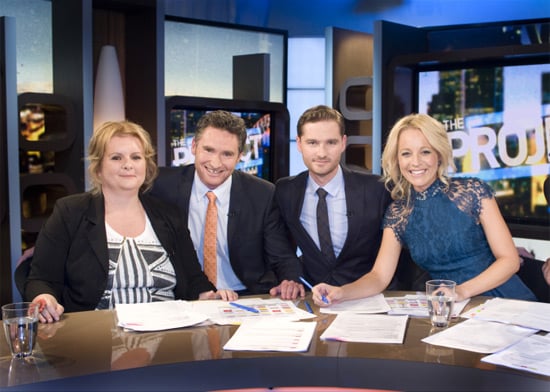 Magda Szubanski made a Valentine’s Day appearance on The Project last night, where she cleared up any uncertainty about her sexual orientation by identifying herself as “absolutely gay.” The beloved Australian actress, who starred in Babe and as Sharon on Kath & Kim, also came out in support of same-sex marriage, and got emotional when talking about why she chose now to come out, hinting that was her work that prevented her from doing so earlier. She said, “I think it must be hard for people who don’t know experience what it’s like to know what the pressures of being gay are. I love my work, and I just . . . You’re forced into this position where you almost feel like you have to choose. You just want to give of yourself . . . I know you’re going to ask me if it would’ve been hard — of course it would’ve. It’s so recent that things have changed.” Magda’s admission came shortly after White Collar actor Matt Bomer revealed he was gay when he thanked his partner, Hollywood publicist Simon Halls, at the Steve Chase Humanitarian Awards on the weekend.

If you missed Magda’s interview on The Project you can watch it after the jump.