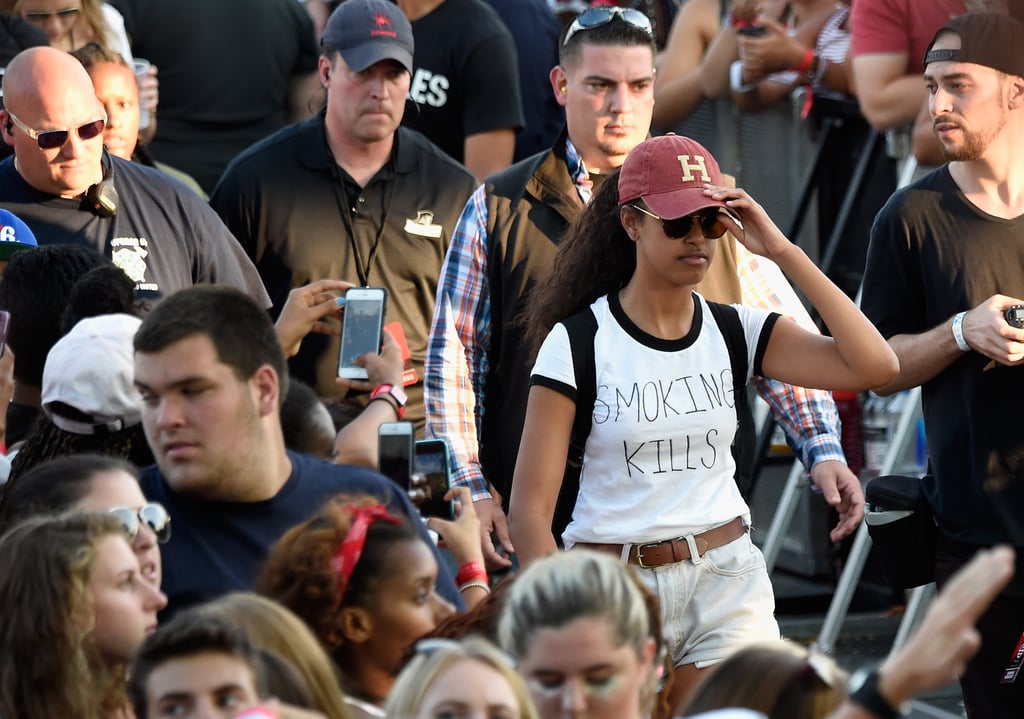 On Sunday, Malia Obama emerged in Philadelphia for the annual Made in America Festival. The first daughter — who was spotted among the crowd while Travis Scott took the stage — opted for a casual look, wearing denim cutoffs, a baseball cap, and a t-shirt that read, "SMOKING KILLS." Of course, this isn't the first time we've seen Malia at a music festival this Summer in the US. Back in August, she attended Lollapalooza in Chicago, where she faced controversy for a video in which she was allegedly smoking marijuana. But Malia, a brilliant young woman who will attend Harvard next Fall and who looked positively stunning when she attended her first White House state dinner this year, seems to be making a subtle statement with her shirt. If pressed, we'd venture to say it's something along the lines of, "haters gonna hate."