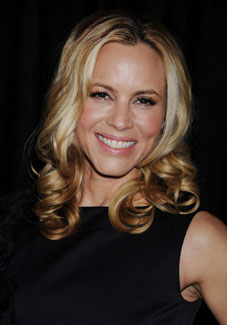 HBO has really been beefing up its TV slate lately and three more big names have signed on for another drama. Russell Crowe and Simon Beaufoy (the Oscar-winning writer of Slumdog Millionaire) are developing a new series for Maria Bello to star in called Emergency Sex. Both Crowe and Bello will produce. Based on the book Emergency Sex and Other Desperate Measures: A True Story From Hell on Earth, the series will focus on "the larger-than-life exploits of expatriate non-government-organisation workers who find their sanity tested in the face of atrocities, loneliness and primal desires." If there's one thing HBO knows how to do, it's a sexy drama series (True Blood and Tell Me You Love Me immediately come to mind). Beaufoy, Bello and Crowe have talent coming out of their ears, so this definitely sounds like a project worth checking out.