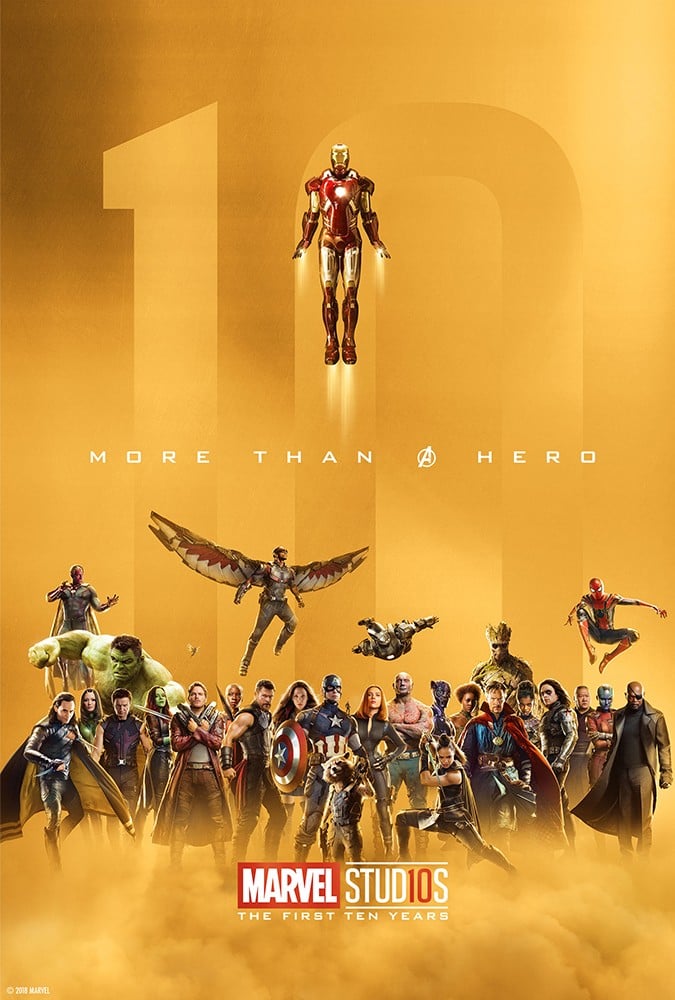 Marvel Studios really knows how to celebrate an anniversary!

In honour of the Marvel Cinematic Universe's 10 years of record-breaking films and general amazingness, Marvel Studios has launched a new site for fans. The site offers sweepstakes and special content, like a timeline that you can filter by character, franchise, or Infinity Stone appearances, and swanky new character posters! The gold-themed images feature our favourite MCU characters, combined with some pretty great taglines that Marvel fans are sure to enjoy. Check out the special posters ahead (especially Rocket and Korg's), and then head over to the new Marvel Studios 10 site here.

Music
Pink and Her Daughter, Willow, Help Make the Season Bright With Their "The Christmas Song" Cover
by Karenna Meredith 11 hours ago