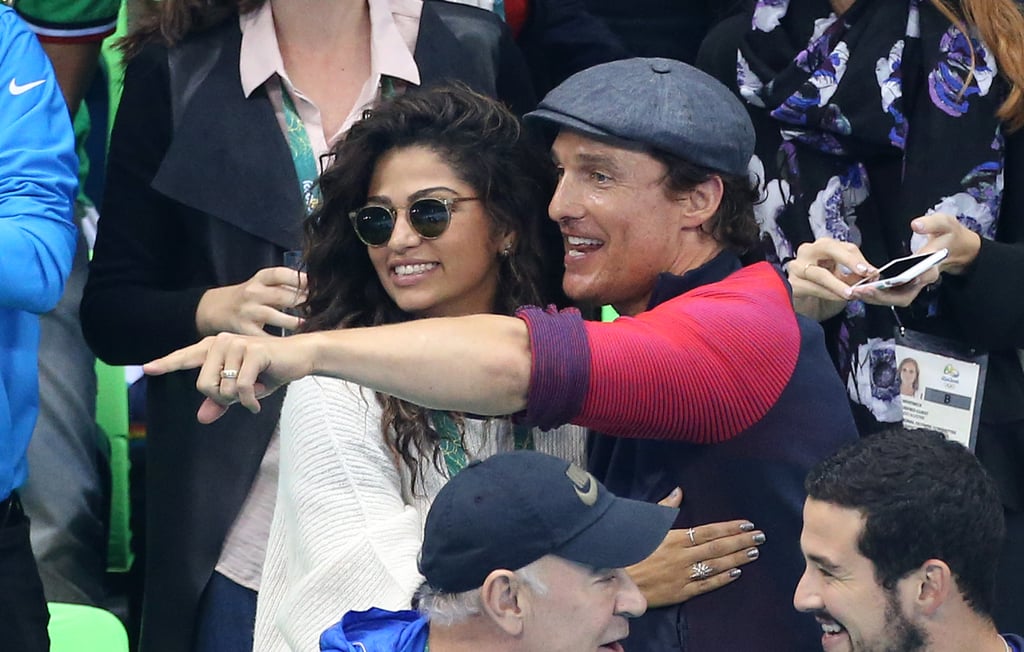 Since it's clear that Matthew McConaughey is living his best life at the Summer Olympics in Rio this year, it's no wonder that his wife, Camila Alves, decided to join him in her home country of Brazil to take in the Games. Camila and Matthew racked up plenty of cute moments together in the stands as they animatedly cheered on Michael Phelps and Ryan Lochte during the swimming finals on Wednesday, and returned on Thursday to watch more events. The couple screamed support from the stands alongside Ghostbusters actress Leslie Jones and Team USA swimmers Elizabeth Beisel and Allison Schmitt, the latter of whom recently won a gold medal for the freestyle relay. In addition to showing off their spirit, they also snuck in a few kisses and happily posed for selfies with fans. Matthew also got a photo with Michael Phelps himself, which he shared via Twitter. If cheerleading was an Olympic sport, these two would definitely take home the gold.

Selena Gomez
So, Here's the Deal With Those Selena Gomez and Jimmy Butler Dating Rumours
by Monica Sisavat 15 hours ago