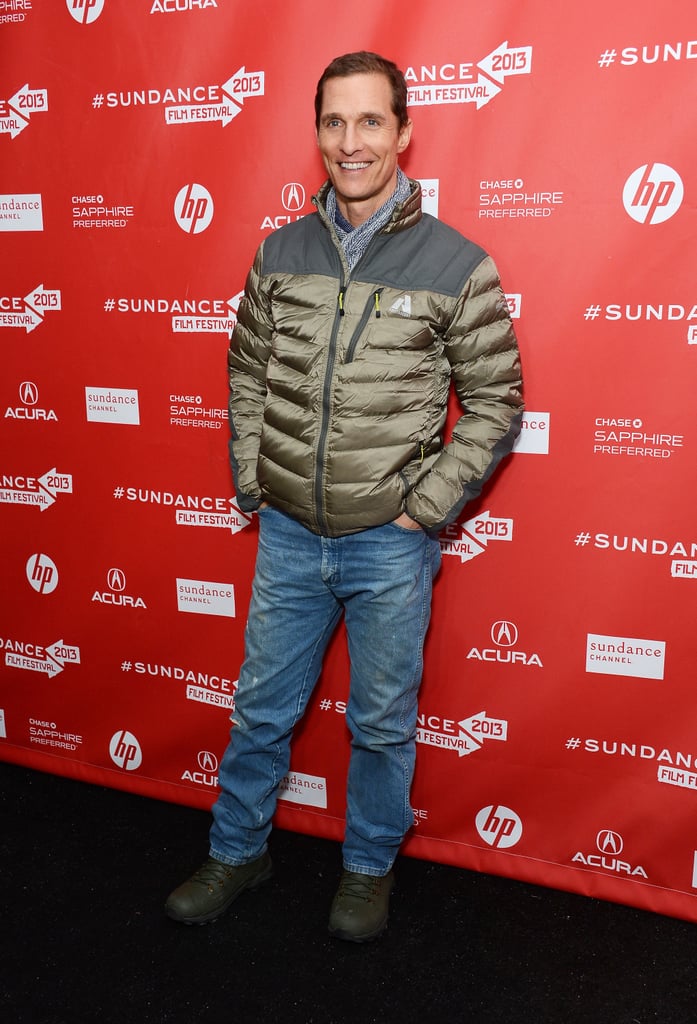 Matthew McConaughey was still looking lean, but clearly has been working to put back on the kilos as he premiered his movie Mud at Sundance on Saturday night. Matthew's leading lady in the film, Reese Witherspoon, didn't join him for the Park City red carpet. Matthew and Reese debuted their film in Cannes and since then it has been quietly gaining positive buzz and momentum. In recent months the headlines about Matthew have been all about his weight loss for The Dallas Buyers Club, but this past weekend fans wanted to know about something else — his friendship with Lance Armstrong and his feelings about Lance's fall from grace. Matthew opened up a bit about his feelings of anger and disappointment in the wake of Lance's admissions. Matthew said that he was "pissed off" at Lance initially and that part of him took it personally, but then sad when he watched Lance's interview.