We said goodbye to Cory Monteith in July, but we will still be able to look forward to seeing him onscreen, like in the just-released trailer for McCanick. In a role miles away from Glee's Finn Hudson, Monteith plays Simon Weeks, a criminal whose release from prison upsets cop Eugene 'Mack' McCanick (David Morse), who's convinced that Weeks' being on the streets is bad news. As McCanick investigates Weeks, it's clear that he uncovers more than he bargained for, and Weeks is the key. 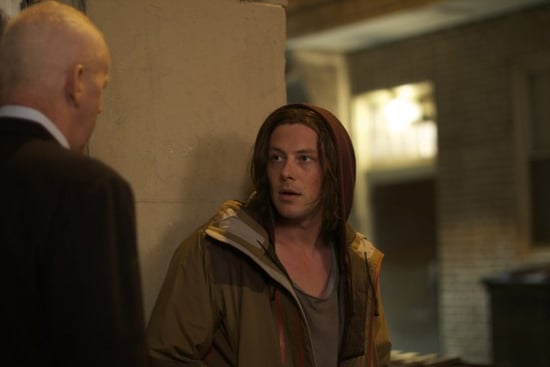 It's almost comforting to see Monteith on the big screen again, but the film looks dark, dramatic, and maybe a little disturbing. Even though he doesn't utter a word in the trailer, I'm still anxious to see his performance, and frankly, just him again. McCanick will have its world premiere at TIFF next month, and you can watch the trailer after the jump.

Movies
Deck the Halls Because Freeform's 25 Days of Christmas Schedule Is Here!
by Kelsie Gibson 16 hours ago