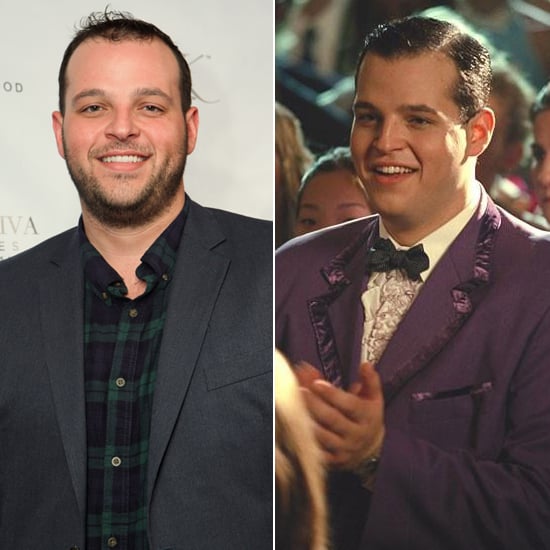 Ten years after hitting the big screen as Damian in Mean Girls, actor Daniel Franzese came out as gay in a letter to his character, published on Indiewire's Bent. Daniel was part of several hilarious Mean Girls moments, and the actor brought humour — and movie quotes — into his thoughtful letter. In it, Daniel writes about the struggle to cover up his sexuality, saying he was "terrified" to play the part, because he feared being typecast — a fear that, unfortunately, he said, came true. Daniel thanks his character for being an inspiration to so many people through the years and, ultimately, for being an inspiration to him, too, writing, "It took YOU to teach me how to be proud of myself again . . . We go Glen Coco." Take a look at Daniel's full letter to Damian below:

It's been a long time since our last encounter. Ten years to be exact.

I was 26; you were 16. You were proud of who you were; I was an insecure actor. You became an iconic character that people looked up to; I wished I'd had you as a role model when I was younger. I might've been easier to be gay growing up.

You WERE beautiful in every single way and words couldn't bring you down.

When I was cast in the role of "Damian" in Mean Girls, I was TERRIFIED to play this part. But this was a natural and true representation of a gay teenager — a character we laughed with instead of at. (You can thank Tina Fey and Mark Waters for that. I can only take partial credit.)

When we first made this movie, I'm not sure any of us knew how loved and quoted this movie would become. You certainly hope when you pour your heart into something, that people will respond — but to paraphrase Gretchen Wieners, "we can't help it that we're so popular."

So, why the hell did it take me so long to come out of the closet?

When I first became an actor, I wanted to play lots of roles — Guidos, gangsters, and goombahs were my specialty. So, would I be able to play all of those parts after portraying a sensitive, moisturizing, Ashton Kutcher-loving, pink-shirt-wearing kid? I was optimistic. Hollywood? Not so much. I was meeting a "gay glass ceiling" in casting.

One time I wanted to audition for a supporting character in a low-budget indie movie described as a "doughy, blue-collar lug of a guy." The role was to play the husband of an actress friend of mine who I had been in two movies and an Off-Broadway play with. She and I had even moved to LA together.

I figured I was perfect for it.

They said they were looking for a real "man's man." The casting director wouldn't even let me audition. This wasn't the last time this happened. There were industry people who had seen me play you in Mean Girls but never seen me read in an audition but still denied me to be seen for "masculine" roles.

However, I did turn down many offers to play flamboyant, feather-boa-slinging stereotypes that always seemed to be laughed at BECAUSE they were gay. How could I go from playing an inspirational, progressive gay youth to the embarrassing, cliched butt-of-a-joke?

So, there it was. Damian, you had ruined my life and I was really pissed at you. I became celibate for a year and a half. I didn't go to any gay bars, have any flings and I lied to anyone who asked if I was gay. I even brought a girl to the Mean Girls premiere and kissed her on the red carpet, making her my unwitting beard.

It wasn't until years later that grown men started to coming up to me on the street — some of them in tears — and thanking me for being a role model to them. Telling me I gave them comfort not only being young and gay but also being a big dude. It was then that I realised how much of an impact YOU had made on them.

Meanwhile, I was still in the closet. Deleting tweets that asked if I was gay, scrubbing IMDB Message Boards for any indication, etc. (It's important to note that I was actually DISCOVERED singing in a Florida gay bar by casting director, Carmen Cuba, for my first role in Larry Clark's Bully.)

I had the perfect opportunity in 2004 to let people know the REAL Daniel Franzese. Now in 2014 — 10 years later — looking back, it took YOU to teach me how to be proud of myself again. It's okay if no one wants to sit at the table with the "art freaks." Being a queer artist is one of my favourite things about myself. I have always been different and that's rad. People have always asked if I was really gay? While my reps usually lied to protect me. My friends and family all knew the truth but now it's time everyone does. Perhaps this will help someone else. I had to remind myself that my parents named me Daniel because it means "God is my judge." So, I'm not afraid anymore. Of Hollywood, the closet, or mean girls. Thank you for that, Damian. (And Tina.)

By the way . . . in June I am the Celebrity Grand Marshall of the Portland Gay Pride Parade.

With love and respect,

P.S. I hate it when people say I'm "too gay to function." I know you do, too. Those people are part of the problem. They should refrain from using that phrase. It really is ONLY okay when Janis says it.