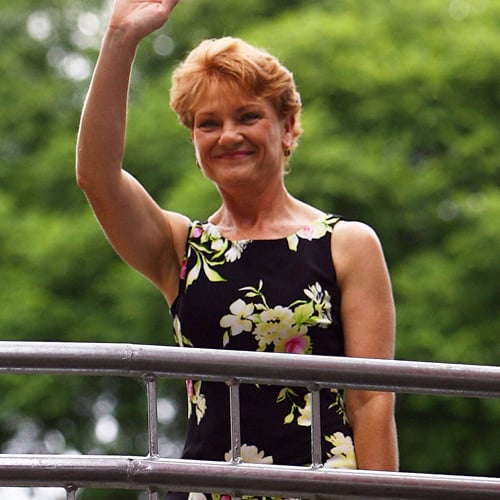 The full cast for Celebrity Apprentice Australia has been unveiled, comprised of a mix of sports stars, models, music talent and politicians. As previously reported, Pauline Hanson is making her return to the small screen for the Channel Nine show, which will be hosted by Mark Bouris. Other contestants include The Block winner Polly Porter, former Miss Universe Australia Jesinta Campbell, publicist Max Markson and model Didier Cohen. The show has already started filming, so get up to speed with the cast now!