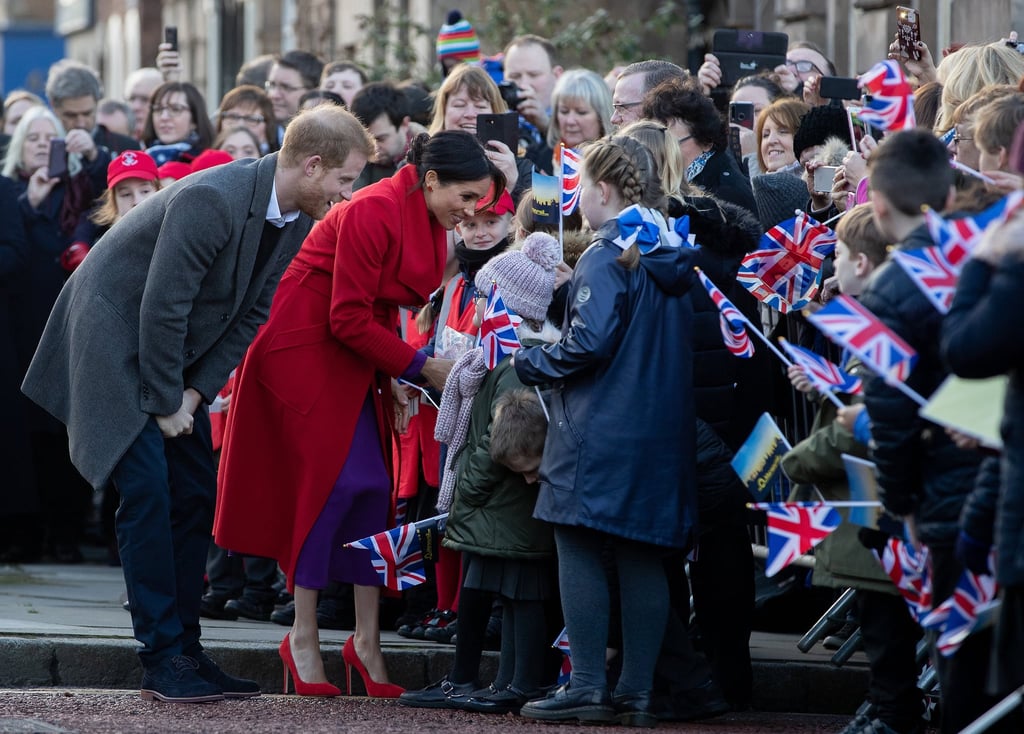 When Prince Harry and Meghan Markle make a public appearance, fans gather from far and wide to greet the famous royals. Such was the case on Jan. 14, when the parents-to-be visited Birkenhead, England. Harry melted hearts everywhere as he hugged a little girl holding a "Gingers Unite" sign, and according to People, the duke and duchess went the extra mile while greeting blind children. "In the square, there were some blind children who wanted to touch the royal faces because they couldn't see them," said local member of Parliament Frank Field. "Both of them went down on their haunches so the children could touch their faces." Aw!

Harry and Meghan also received a special gift from one of the kids, according to Twitter user @TraceyMariex. Her niece, who is blind, gave the couple a handmade card in braille. "Harry held on to her ensuring she was safe," Tracey wrote. "Meghan went down on the floor to take a card she had made for her in braille. They'll make great parents." Meghan and Harry are gearing up to welcome a baby of their own sometime in late April, and we can't wait to see all the joy and cuteness that comes along with the newborn's arrival!

Related:
Is Meghan Meghan Having a Boy or a Girl? The Duchess's Response Might Surprise You
Previous Next Start Slideshow
Join the conversation
The RoyalsThe British RoyalsPrince HarryMeghan Markle
More from POPSUGAR
From Our Partners
Related Posts