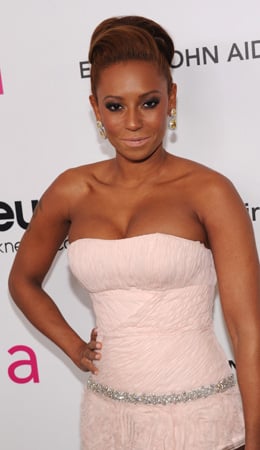 It appears Mel B will be returning to Australia after her stint in the US as a judge on America’s Got Talent. The Spice Girl has been announced as the first judge on the new panel of Australia’s Got Talent, which was dropped by Channel Seven last year and quickly picked up by Channel Nine. Mel B said her new role “will be a perfect fit for me and a great opportunity to continue to spend time in Australia and discover more of the exceptional talent you have an abundance of. I'm having a wonderful time working with the America's Got Talent team and I can't wait for Australia's Got Talent on Nine. I know we will have a blast, and I'm sure some fireworks as well.”

Mel B’s AGT signing means she won’t be returning to Channel Seven as a judge on The X Factor, which she did for two years, or as Daniel Macpherson’s co-host on Dancing With the Stars, which seemed like it was going to be a one-season stint anyway.

Celebrity Fitness
How Candice Warner Physically Prepared For SAS Australia, According to Her Trainer
by Bree-Grant 5 hours ago

TV
The One With 24 Little Doors: This 2020 Friends Advent Calendar Is Full of "Central Perks"
by Chanel Vargas 8 hours ago

TV
Mindhunter Season 3 Isn't Technically Cancelled, but It's Probably Not Happening
by Grayson Gilcrease 13 hours ago