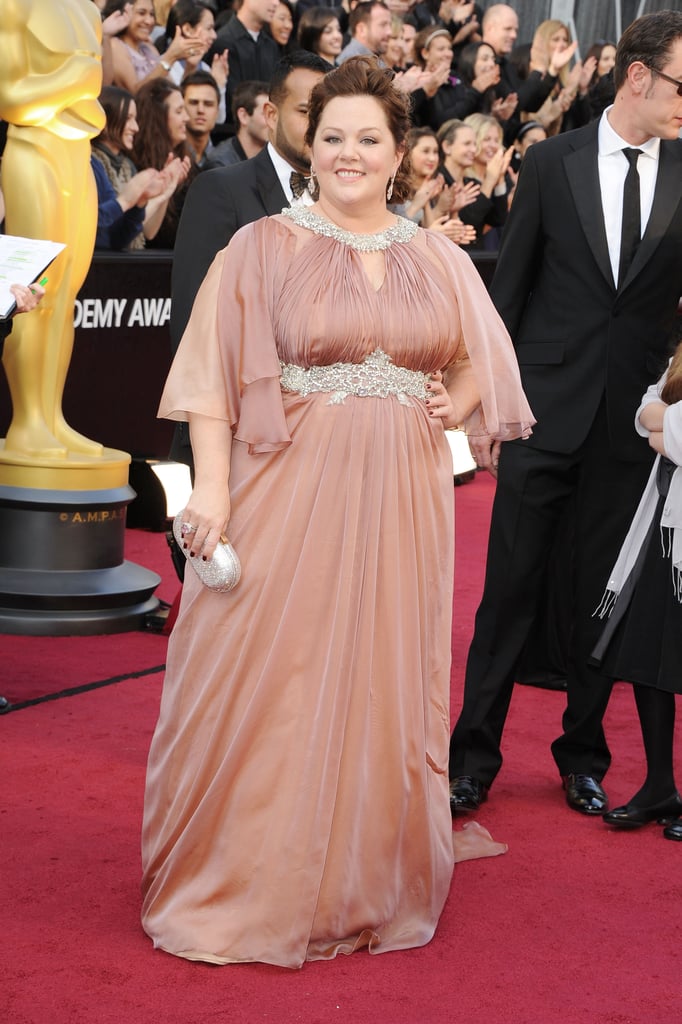 Melissa McCarthy hit the Oscars red carpet in a custom blush gown by Marina Rinaldi and shoes from friend Brian Atwood. She's nominated for her role in Bridesmaids and stopped for interviews with her husband Ben Falcone, who made a cameo in the film. The couple joked on the red carpet that it was their extra scene during the credits that got her over the line with an Oscar nomination. It's been an exciting awards season for Melissa and her co-stars, who also stepped out to show their support today. Weigh in on all the Oscars looks by voting on Fab and Bella's polls.