Most of us probably remember a time growing up when we felt there must’ve be something wrong with us because we didn’t always fit in. So what happens when you have five girls experiencing that in the one family? You get Mental, a movie about a mother who can’t cope (Rebecca Gibney) and a busy politician father (Anthony LaPaglia) who ships her off to a mental hospital under the guise of a holiday. Unable to deal with the girls himself, he recruits a hitchhiker named Shaz (Toni Collette) off the street to be their nanny. 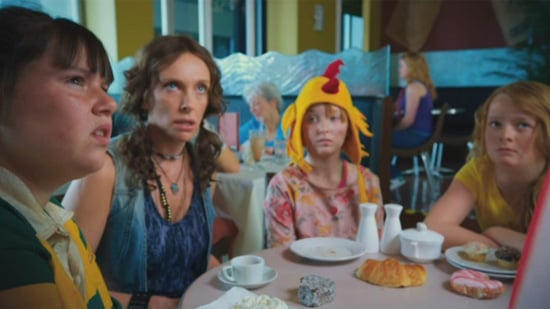 Toni reunited with her Muriel’s Wedding director P.J. Hogan for the Australian comedy; he also wrote the script. It looks like it’s filled with the same zany humour that made Hogan’s 1994 film an Aussie favourite, with no shortage of colourful characters, from Collette’s lead to the five supporting young girls. Mental is out on Oct. 4 but you can check out the trailer after the break.