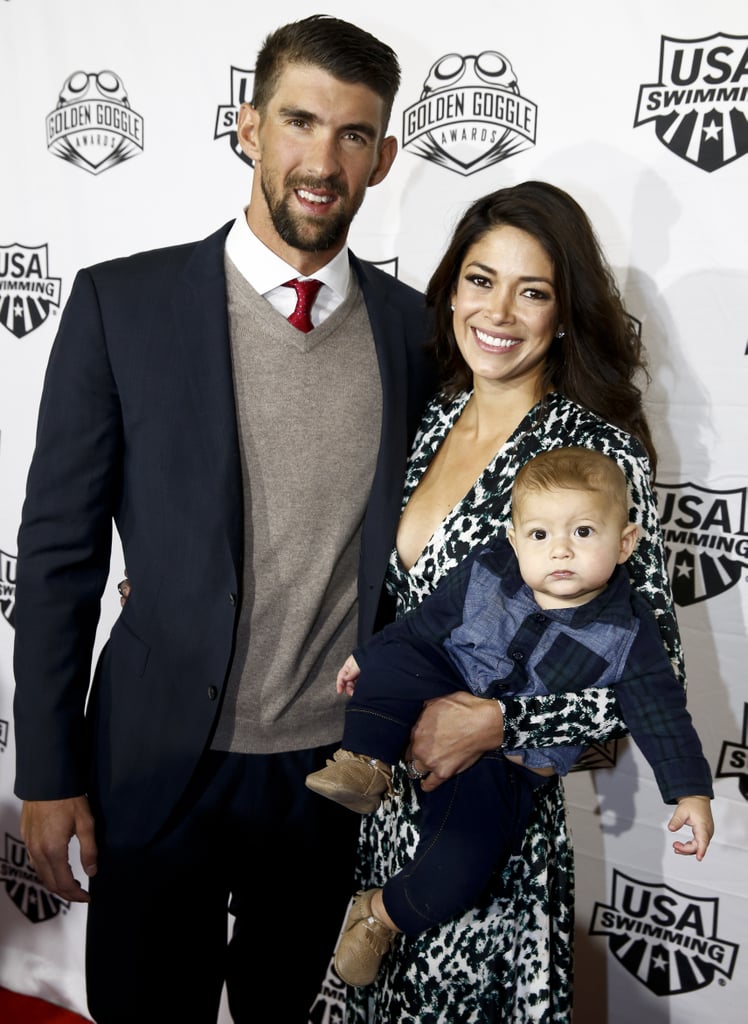 It was family night for Michael Phelps and wife Nicole at the Golden Goggle Awards in NYC on Tuesday night. The couple, who recently tied the knot for the second time in Mexico, hit the red carpet with their adorable son, Boomer, and were all smiles as they posed for pictures together on the red carpet. Inside, Michael was awarded with four trophies, including male athlete of the year. During his speech, he reflected on his swimming career, saying, "My career has been a dream come true . . . I hit all of my goals that I set for Rio, but that doesn't stop me from setting some new goals." In addition to little Boomer making his red carpet debut, the event also marked Michael and Nicole's first red carpet appearance since their October wedding.