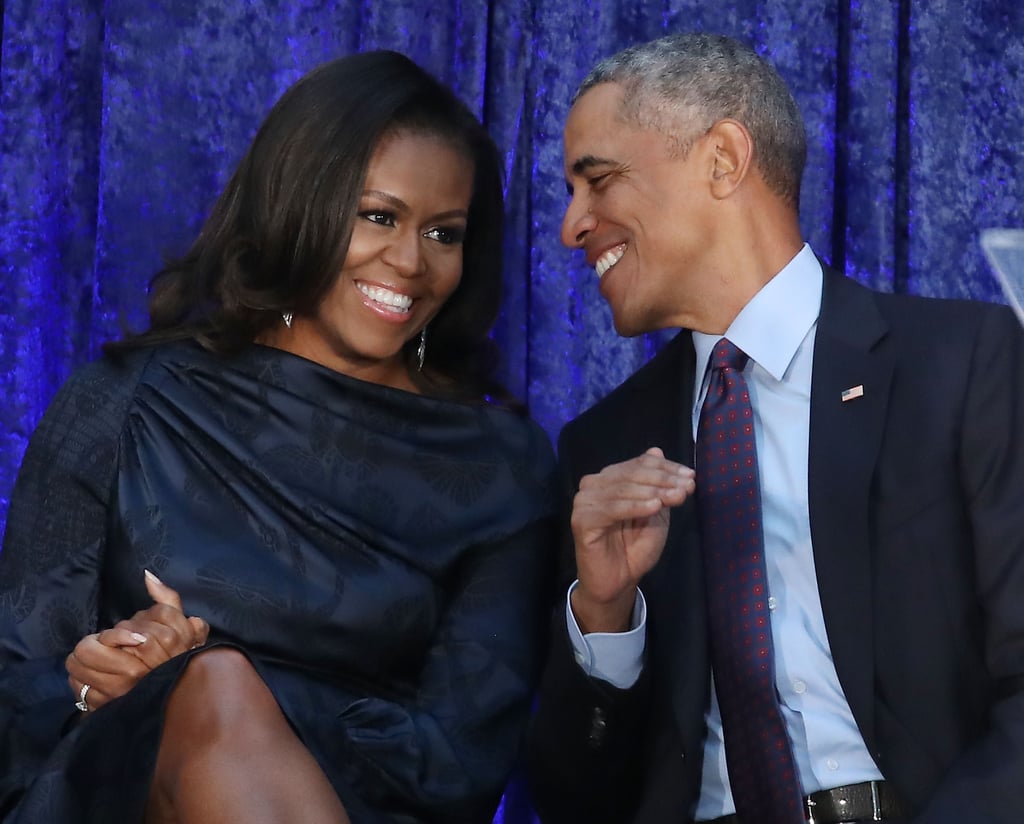 In this new chapter of their lives, Michelle and Barack Obama are reconnecting in a special way. The former first lady discussed their relationship during an interview with People, saying they've enjoyed more alone time as a couple. "We are finding each other again," she said. "We have dinners alone and chunks of time where it's just us — what we were when we started this thing: no kids, no publicity, no nothing. Just us and our dreams."

She also spoke openly about some of the challenges they've faced together. "Because we're role models, it's important for us to be honest and say, if you're in a marriage and there are times you want to leave, that's normal — because I felt that way." The couple connected with a marriage counselor, and of that time, Michelle said, "There were definitely times when I wished things were different, but I don't think I ever thought, 'I'm just checking out of this.'"

As she told Elle, counseling was about exploring her sense of happiness. "What clicked in me was that I need support and I need some from him," she said. "But I needed to figure out how to build my life in a way that works for me."

Recently, the pair travelled to Palm Springs together, which marked "the first time in a long time" that it was just the two of them. She told People that they swam and relaxed, joking that Barack was "a little resentful" because he was still writing his book. Meanwhile, her new book, Becoming, hit shelves this week, and she kicked off her book tour in her hometown of Chicago alongside Oprah Winfrey.

Keep reading for a look at some of Michelle and Barack's sweet posts about each other, then check out her powerful open letter to the city of Chicago.