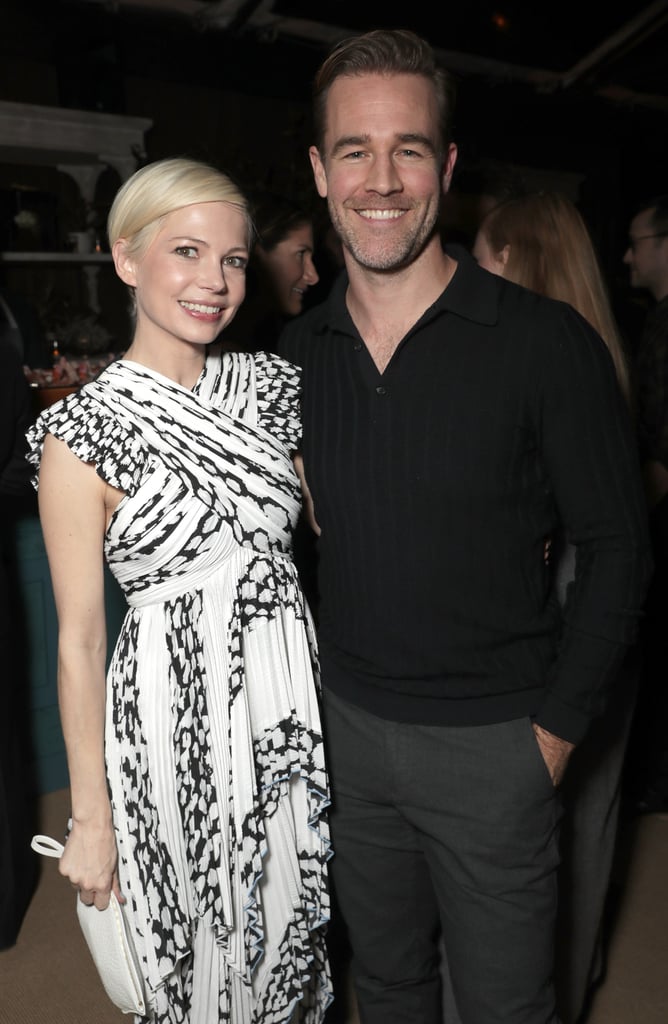 We're going to give all of the Christmas music we've been blasting lately a break to listen to Paula Cole's "I Don't Want to Wait," because these photos of Michelle Williams and James Van Der Beek are taking us all the way back to the hallowed halls of Capeside High School. The former Dawson's Creek co-stars bumped into each other at Jeff Bezos and Matt Damon's holiday party for Michelle's latest film, Manchester by the Sea, where they smiled for photographers and surely talked about everything Dawson Leery would be up to these days (RIP Jen, gone but never forgotten). Michelle, who is getting Oscar buzz for her work in the film, also chatted with Sandra Bernhard and Sir Ben Kingsley while making her way through the party.

Although this is the first time James and Michelle have been seen together since the show ended in 2003, the teen drama's cast members have reunited a few times over the last few years. In 2015, James hung out with Joshua Jackson at a Showtime event, and in June, Michelle attended the 70th annual Tony Awards with long-time BFF Busy Philipps, who played Audrey on Dawson's Creek.