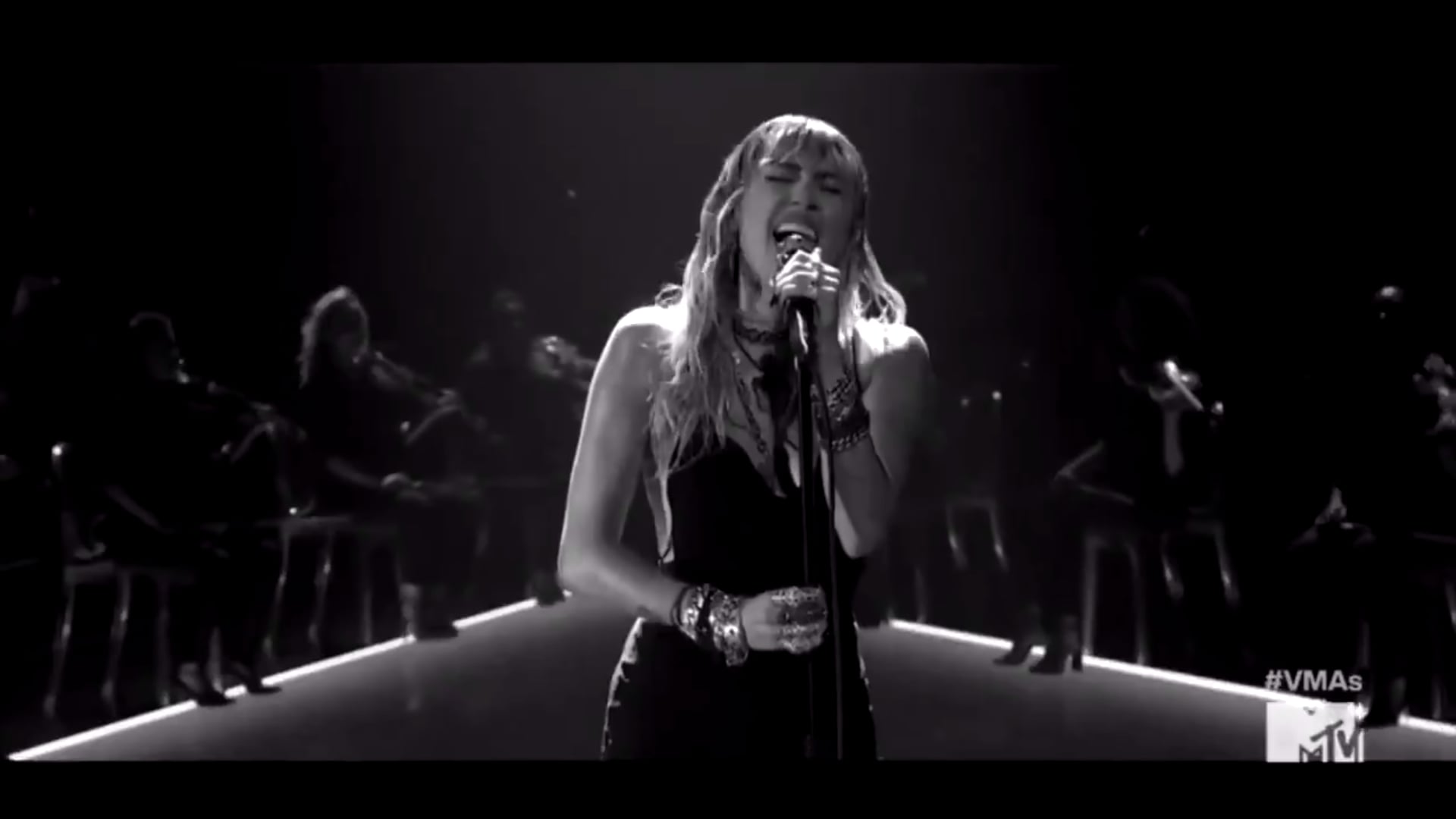 Miley Cyrus is the queen of emotional live performances and her time onstage at the 2019 MTV VMAs was no different. On Monday night, the 26-year-old singer performed her newly released single "Slide Away" live for the first time ever, and it was every bit as poignant as expected.

The singer hit the stage in a black dress and sang the heart-wrenching song, which seemingly addresses her recent split from actor Liam Hemsworth. Hemsworth and Cyrus dated on and off for ten years before marrying in December 2018. However, in August, Hemsworth filed for divorce after seven months of marriage citing, "irreconcilable differences."

Watch her powerful performance ahead!

Miley Cyrus performing ‘Slide Away’ at the #VMAs She sounds incredible 😻😭 https://t.co/5pQYWWVWuw

TV
The Mandalorian: What We Know About That Weird Pedro Pascal Rumour
by Amanda Prahl 10 hours ago

TV
Who Are the Snow Owls on The Masked Singer Season 4? We Have a Few Guesses
by Kelsie Gibson 15 hours ago

TV
Dr. Michelle Lee Talks Dr. 90210 and the Challenges of Being a Female Surgeon
by Danielle Jackson 17 hours ago

TV
Missing American Horror Story? Here's What We Know About When Season 10 Will Premiere
by Amanda Prahl 20 hours ago

Pop Quiz
How Well Do You Know the Most Quotable Family Ever? Try This KUWTK Quiz to See
by Hedy Phillips 21 hours ago