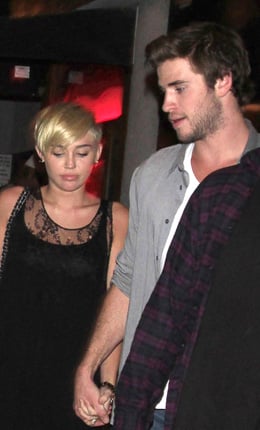 There are multiple reports this morning that Miley Cyrus and Liam Hemsworth have split and ended their engagement. The New York Post has sources saying it’s over between the young stars, and despite Miley tweeting on Mar. 5, “I am so sick of La. And sick of the lies that come with it. I didn't call off my wedding. Taking a break from social media,” she has been spotted since without her engagement ring, while Liam secretly flew to Australia to hang out with family, including his brother, Chris.

However, E! Online reports that Miley and Liam haven’t broken up but are going through a tough stage, with a source saying, “[Miley and Liam] have been a bit rocky, but are not giving up. They both want it to work.” Since her headline-making tweet last week, Miley has promised to only talk about her music on social media, and she wrote, “My new music is gonna shut everyone up.”