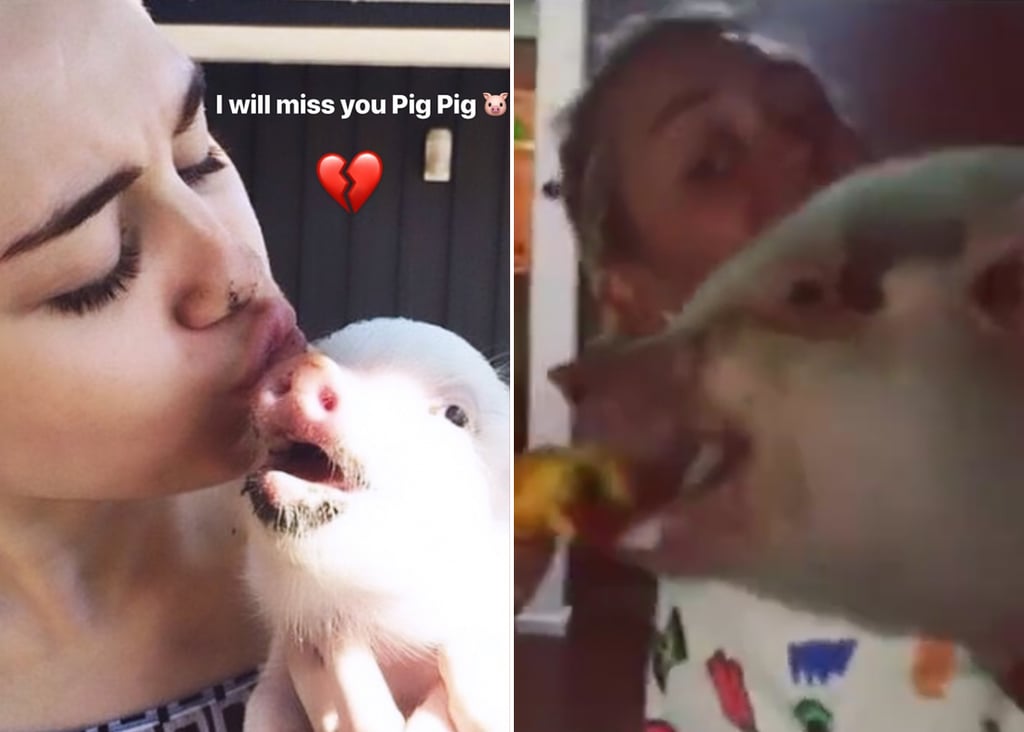 Miley Cyrus Mourns the Death of Her Pet Pig, Bubba Sue: "Thank You For So Many Laughs"

Miley Cyrus is mourning the death of her pet pig, Bubba Sue, aka Pig Pig. On Wednesday, the 26-year-old singer posted a series of pictures on her Instagram story and announced Pig Pig's passing. "Very sad to say . . . my dear friend Pig Pig has passed away," she wrote on a photo of her holding the pig while it munched on an apple. "I will miss u always. Thank you for so many laughs and good times girl."

Miley also posted a sweet snapshot of her giving her muddy-mouthed friend a little smooch on the cheek. "I will miss you Pig Pig," she added. She then shared a photo from her 2015 photo shoot for Paper magazine in which she posed nude on the cover with the pig. Miley first adopted Pig Pig in August 2014, after the death of her dog Floyd, four months prior.

In 2017, the singer — who has seven dogs, three cats, and four horses and shares a dog with husband Liam Hemsworth — opened up about her special bond with her animals. "I [need] that time with my pigs because that makes me truly happy, in a non-attached, work way," she told Harper's Bazaar.

She also spoke about her animals, following the 2018 Woolsey Fire that destroyed her and Liam's Malibu home. Thankfully, her husband was able to save their pets. "He got all the animals out in his truck," she said on The Howard Stern Show in December. "He put two pigs in crates, which I tell you is so hard."

Celebrity Style
Miley Cyrus and Dua Lipa Bring Us '80s Edge in Prisoner, With Some Designer Looks in the Mix
by Sarah Wasilak 21/11/20