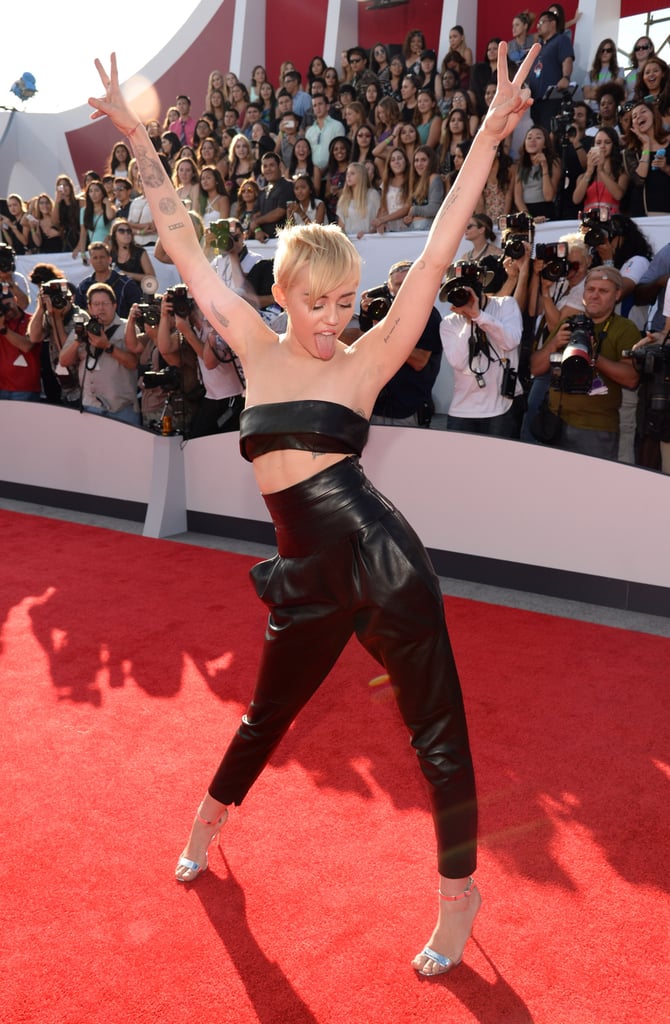 Miley Cyrus was up to her old tricks when she hit the red carpet at the 2014 MTV VMAs in LA on today. The singer, who caused worldwide chatter when she performed at the awards show with Robin Thicke last year, won't be making a repeat performance this year, but she did tease on the red carpet that she will be involved with something special during the show. However, there will be no twerking, as she said on the carpet, "It's not about the twerking, it's about the music." Miley is also up for several awards, including video of the year and best direction. Be sure to check out all the red carpet arrivals from the MTV VMAs.

Music
A TikTok User Made a Harry Styles x Britney Spears Song Mashup, and It's a Freakin' Bop
by Chanel Vargas 7 hours ago

Music
Miley Cyrus Is Making a Metallica Cover Album, and We're Ready For Her Version of Heavy Metal
by Grayson Gilcrease 8 hours ago