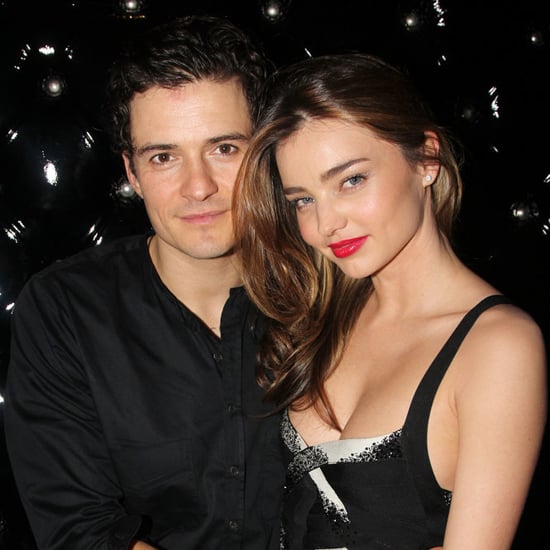 Miranda Kerr and Orlando Bloom have separated, E! Online confirms. A rep for Orlando said, "In a joint statement, Orlando Bloom and Miranda Kerr have announced that they have been amicably separated for the past few months. After six years together, they have recently decided to formalize their separation. Despite this being the end of their marriage, they love, support and respect each other as both parents of their son and as family."

Miranda and Orlando started dating in late 2007 and revealed that they were married in 2010. In January 2011, Miranda gave birth to the couple's son, Flynn Bloom. The couple were last seen together publicly at the premiere of Orlando's Broadway production of Romeo and Juliet, and in an interview with US Cosmopolitan, Miranda gushed about his talents, saying, "When I saw Orlando on Broadway in Romeo and Juliet, I was blown away. For someone to be able to learn all that and hold the energy to do it every day, six days a week — I have so much respect for him." Miranda also revealed more about their relationship when she talked about how she slips "into a more feminine role" when she gets home because she is dominant in her career.