Miranda Kerr was showered with flowers when she landed in Incheon, South Korea, yesterday. She showed off her long legs in skinny jeans and nude pumps as she made her way through the airport. Miranda is in Korea to make appearances on two TV shows, SNL Korea and Gag Concert, as well as throw the first pitch at the Doosan Bears vs. SK Wyverns game this week. She will also reportedly be making an appearance at a makeup show at the Shinsegae department store, which is fitting as she recently spoke to us about her beauty essentials — check out Miranda's beauty secrets!

Miranda isn't the only celebrity who recently landed in the Asian country, as Brad Pitt was in South Korea yesterday as well to continue his press tour for World War Z. 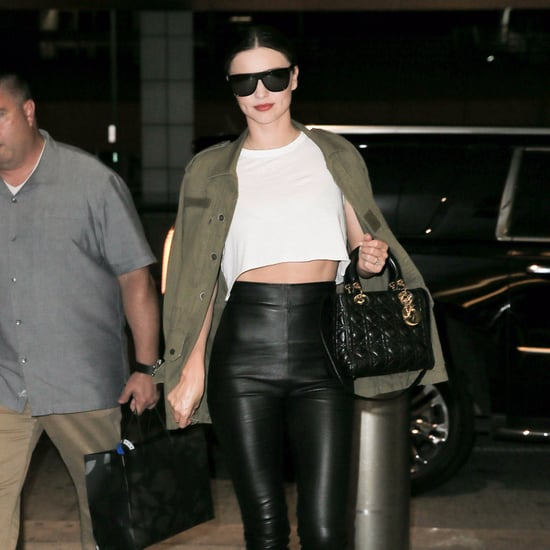