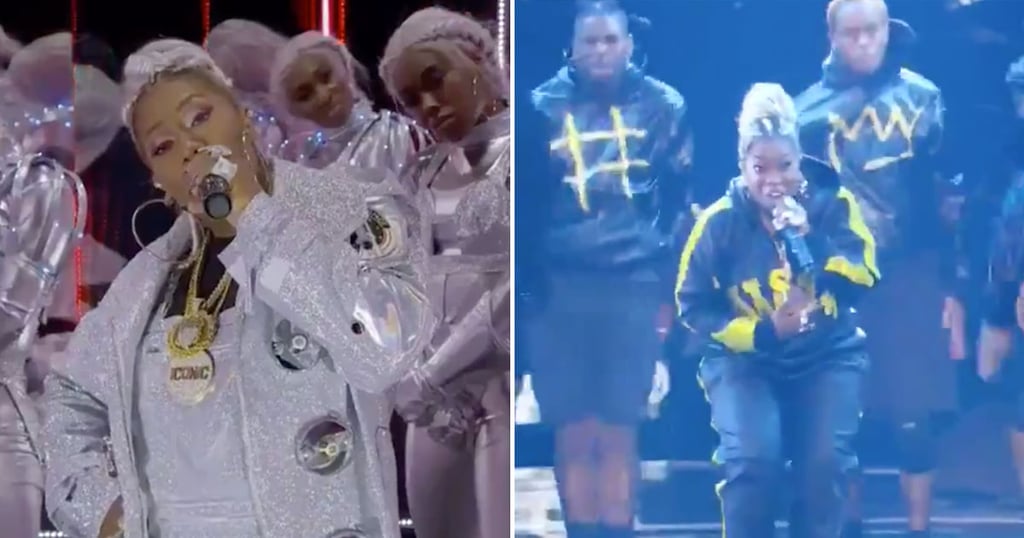 In case you've forgotten that Missy Elliott is unf*ckwithable, please look towards her mind-boggling MTV Vanguard performance at the 2019 VMAs and get with the program! The 48-year-old took the MTV stage to perform for first time since 2003 and it was pretty much everything a fan could ever dream of; an electrifying medley of her greatest hits (of which there are many) including, "The Rain (Supa Dupa Fly)," "Throw It Back," "Get Ur Freak On," "Work It," "Pass That Dutch," and "Lose Control."

Just like her iconic music videos, Elliott's performance gave us nostalgic dances, epic hairstyles, and elaborate sets that included: cornfield imagery, a rainstorm, the surface of a fiery planet, a UFO, and more. To quote Cardi B, the performance was "FIRE!" (And possibly the best moment of the night.) MTV could have ended the show right then and we all would have went to bed satisfied.

Watch the incredible performance ahead, and then keep scrolling to see choice moments from Elliott's set.