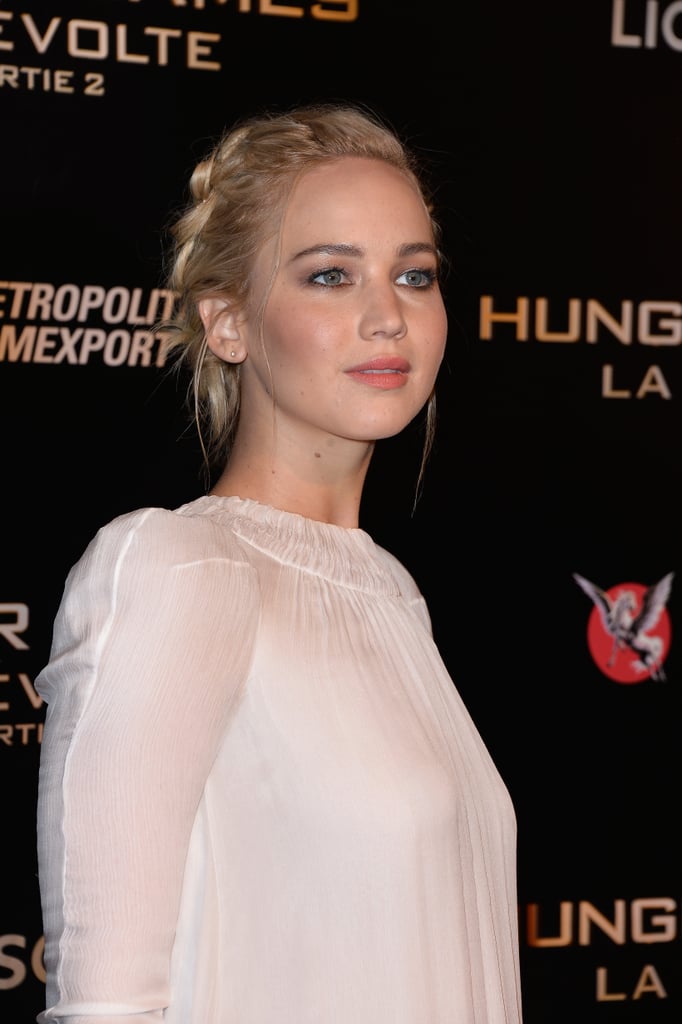 And just like that, The Hunger Games madness is almost over! After a star-studded night in Berlin and an epic selfie in London, the cast of Mockingjay — Part 2 stepped out on Monday for the film's Paris premiere. While Liam Hemsworth looked dashing in his suit and tie, Jennifer Lawrence stole the show in a flowing white gown and a Katniss-inspired updo. In addition to posing for photos with her co-stars, the silly actress goofed off with Josh Hutcherson on the red carpet. See the rest of the photos below, then check out the most bittersweet moments from the movie's final press tour.

Makeup
Storybook's The Hunger Games Makeup Collection is Here, and We Volunteer As Tribute
by Lauren Levinson 18/9/20
Shoppable
Jennifer Lawrence Wore a Tennis Dress That Would Surely Get Kate Middleton's Approval
by Karenna Meredith 10/9/20

Movies
I Just Rewatched The Hunger Games Movies, and They're . . . Not Great, You Guys
by April French 18/6/20

Movies
The Odds Were in Our Favour, Because We're Getting a Hunger Games Prequel Movie
by Kelsie Gibson 22/4/20