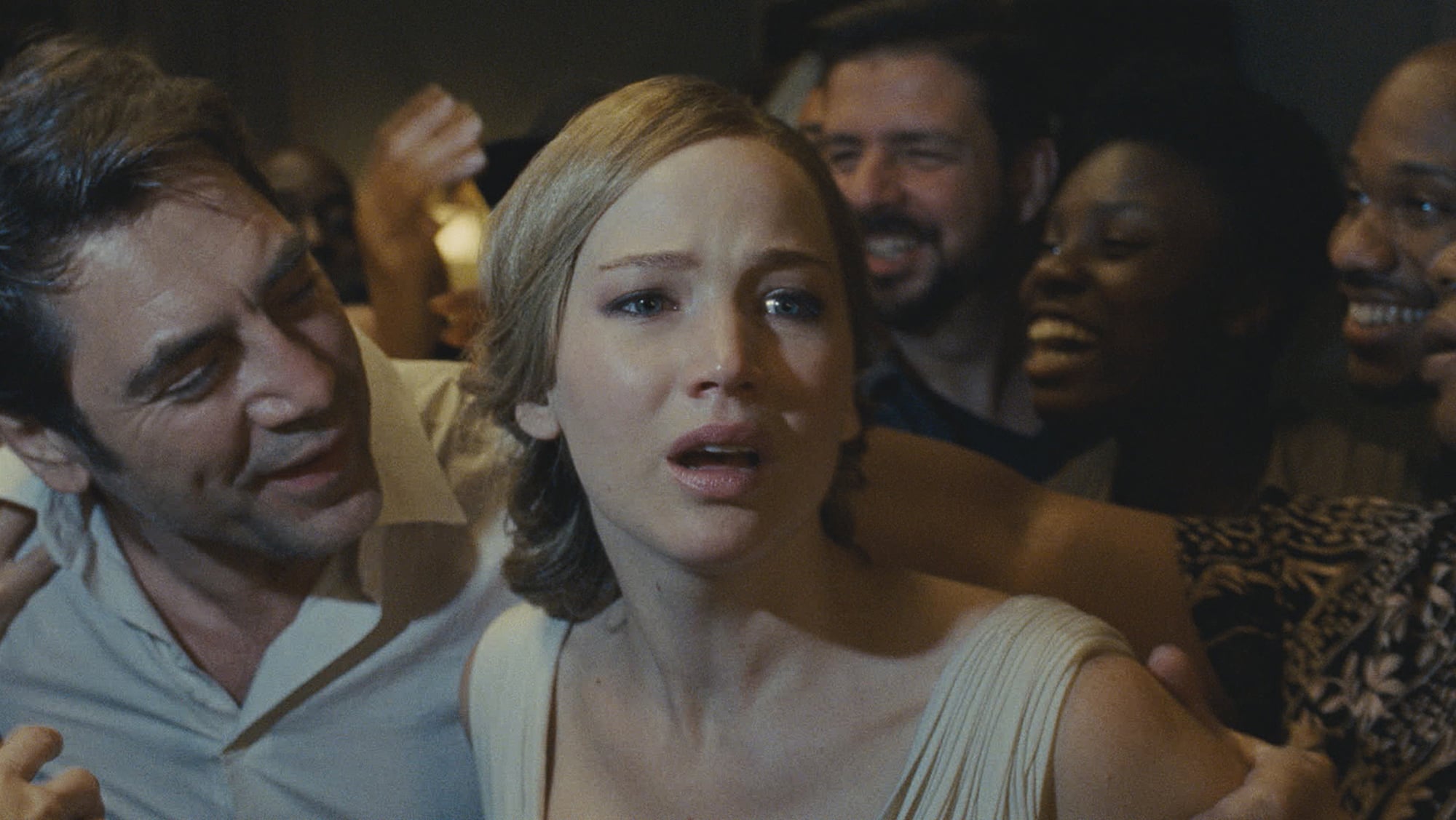 Jennifer Lawrence suffers for her craft. That's just one of the many feelings you will probably have seeing Mother!, the latest creation from Darren Aronofsky, a director who previously tortured your eyes (and his actors) with films like Black Swan and Requiem For a Dream. But Lawrence goes the distance as the titular character on Aronofsky's modern allegory, until her character is reduced to, well, that's still up for debate.

Though lots of movie-goers will surely be interested in seeing the mysterious Mother! when it comes out this weekend, I'm sure there are many people who are either too scared to see it, or simply just curious to find out what happens in the movie. (Or maybe you've seen it but you're here because you watched the movie behind your hands and want to know what was going on). Either way, this is your last spoiler warning!

Mother! is an allegory for the bible and the way we treat the world we were given, and the narrative thread follows a young couple (played by Lawrence and Javier Bardem) living in a beautiful old house out in the middle of nowhere. Their uncomplicated life — she restores the house while he, a poet, struggles to write — is interrupted when uninvited guests (played by Michelle Pfeiffer and Ed Harris) come over and make themselves at home, setting off an avalanche of unpleasantness ranging from property damage to murder. Their sons (real-life brothers Domhnall and Brian Gleeson) also come to the home, and fight until one of them beats the other to death . . . right in the guest room. Lawrence's character is horrified, then abandoned and left to clean up the bloody mess herself. This whole thing loosely follows the Book of Genesis (more on that here ). Meanwhile, Lawrence is having unexplained spells that she treats with a mysterious tincture.

So what happens to Mother after the initial invasion? So much awfulness. After Pfeiffer and Harris's characters (and a houseload of people they bring over) finally depart, mother wakes up the next morning and realises she's pregnant. She and her poet husband are overjoyed. We fast forward a few months later, and she's at the end of her pregnancy and in full nesting mode. Her condition has been a huge inspiration to her husband, and he has published his most celebrated work. It's apparently so successful that a handful of press comes directly to their house. This is when sh*t gets real.

The strangers start streaming into their house, using the bathrooms and eating their food. Her husband's publicist (Kristen Wiig) shows up and couldn't be happier at the turn of events. The invaders go from making themselves at home to breaking things, and even though mother is screaming at them to get out, no one ever listens. Her husband is intoxicated by the admiration, and the visitors start worshipping him, making shrines and them camps in his home so they can stay. She calls the cops.

Mother gets pushed around room by room, and the party turns extremely violent. Someone forces a pill down her throat. She walks into a room where Wiig's character starts shooting people, execution-style. Wiig says mother is next, and an explosion goes off — cops and a SWAT team are there, and they start using force indiscriminately. Mother and her husband take pepper spray right to the face. Around them people are getting trampled, shot, and killed in different ways, so of course this is when mother realises she's about to give birth. Ignoring mother's pleas to take her outside, away from the house, Bardem's character takes her upstairs to his study, where he gets her inside and barricades the door.

Mother gives birth in the study, and even after the ordeal she has just been through (and the madness raging outside), she's momentarily peaceful looking at her newborn son's face. The moment is fleeting, and as soon as he can, her husband asks to hold the child. She refuses, and his face darkens. He begs. She denies. She doesn't trust him, and for good reason. She asks him to make the people go away, and he won't — he says everyone wants to see the baby. When she finally dozes off despite her best efforts, she wakes up to find her arms empty. She races downstairs, and to her dread, she sees her husband toting their son into the mad crowd. (This is the scene that made Jennifer Lawrence say she wouldn't do another movie like Mother! again).

Things only get worse: before mother can reach her child, she hears a snap, and he stops crying, and she knows he's dead. You see a grotesque carcass on the table, and see the crazy followers eating bits of flesh (this is probably why Lawrence told her director boyfriend he had psychological issues!). Mother finally loses it and starts fighting back, slashing and stabbing into the crowd, the bloodthirstiness consuming her now, too. The crowd fights back and gets her on the ground, beating the life out of her while calling her a whore (sigh). Somehow, her husband is able to pull her out of the melee, but she's not done. Finding the lighter that belonged to Harris's character earlier in the film, mother races down into the basement to the furnace and lights a gas spill. The place blows.

One would hope that was the last of Lawrence's torture, but don't worry — there's more! Both she and Bardem are badly burned, and though her husband gently places her on a table, he still needs more from her: her heart. He pulls it out of her chest, crushes it until it's a small crystal, and then he starts the whole cycle over again. 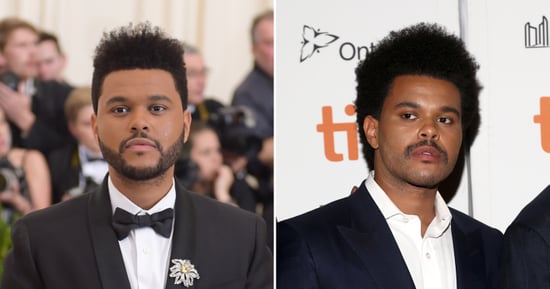 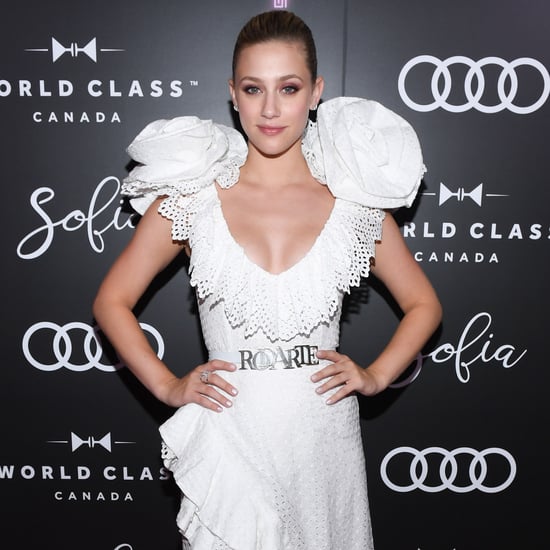 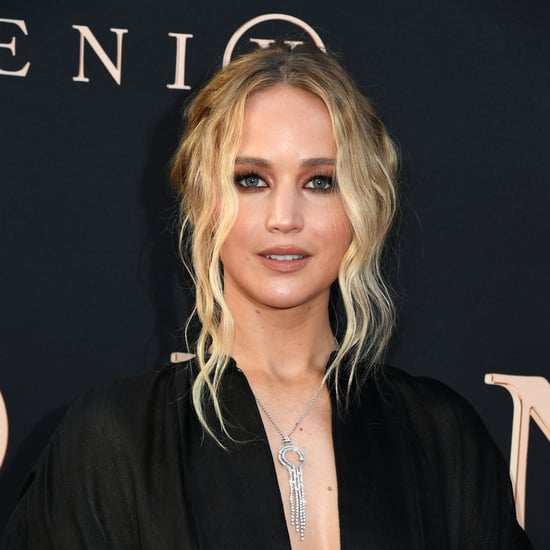