We're hoping to check out Cyrus at Sundance, but in the meantime here is its new trailer. John C. Reilly stars as a lovable dope who lands a woman way out of his league: Marisa Tomei. Everything is going great in their relationship—until he meets her grown son, Cyrus, played by Jonah Hill. 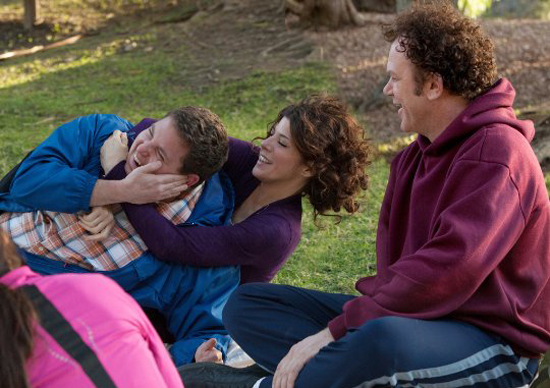 I wasn't sure I'd buy Hill as the youthful Tomei's son, but in the trailer, he seems younger than his previous characters and is a surprisingly good fit for the film, which, it has to be said, is not a straightforward comedy. There's as much drama to the relationships as there are laughs (Reilly and Hill obviously get into a fistfight and verbal spars), and Reilly has always been an actor who can transition seamlessly from comedy to drama. Also, Catherine Keener makes a welcome appearance as Reilly's ex. Bottom line: I love this cast. So check out Cyrus and judge for yourself.