Queen Latifah may not be the most critically-acclaimed actress, but there's no denying that the woman's likable. In her upcoming film Just Wright, she plays a physical therapist named Leslie Wright who treats an NBA star (Common) to bring him back to peak condition. Her closest friend Morgan (Paula Patton) takes a liking to him and they begin dating until Morgan realises his career (and baller status) is in jeopardy and bails. Leslie is there to pick up the pieces, but as she gets closer, things take a romantic turn. 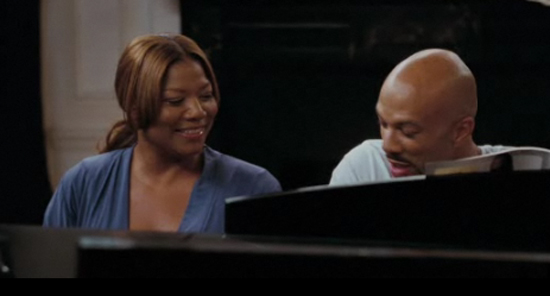 I know it seems like I just gave the whole movie away, but trust me, it's all in the trailer. It's a formula really: Latifah is the tough (but sensitive!) career woman who can't find the right man; her inspirational song "Champion" plays in the background. That doesn't mean it won't rope me in though, at least as a rental later on. But take a peek and tell me your take.