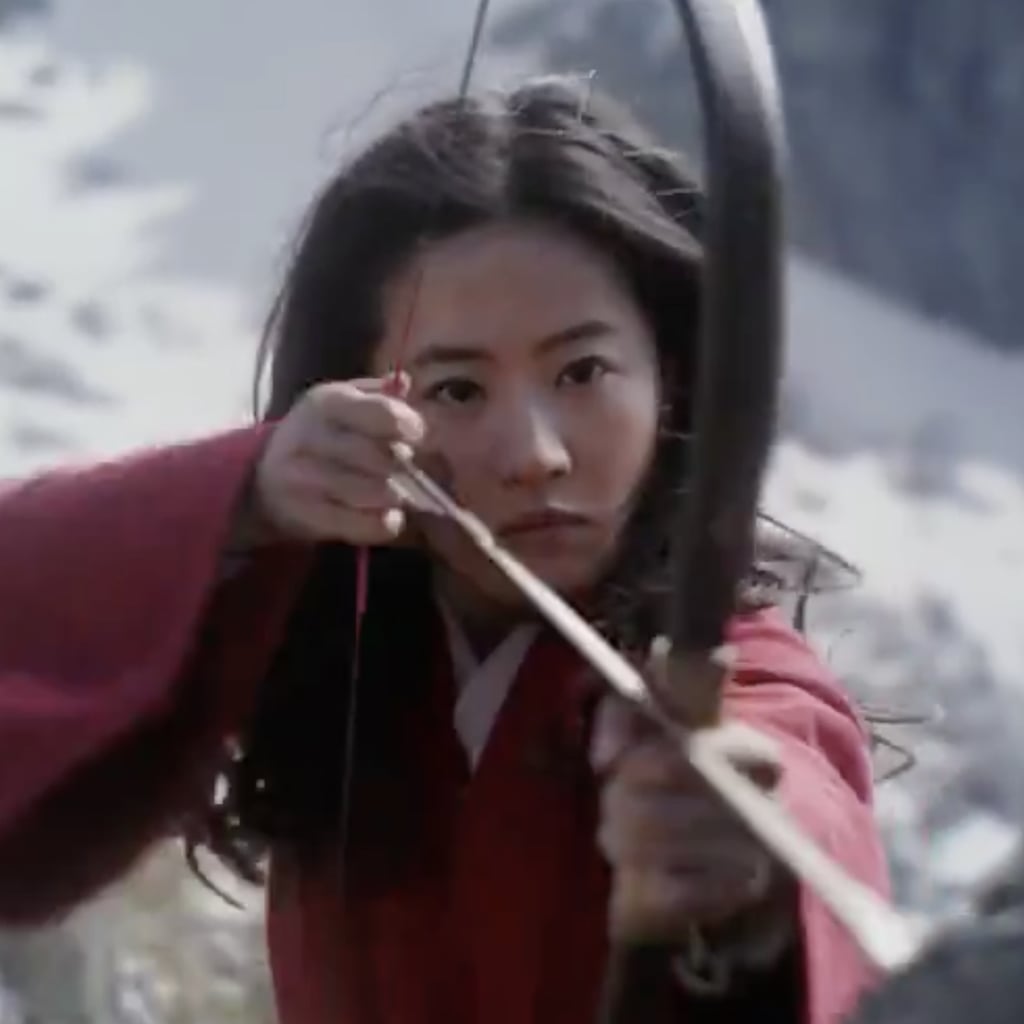 The trailer for Disney's live-action Mulan is officially here! The Niki Caro-directed film stars Liu Yifei as Mulan, Jet Li as the Emperor, Donnie Yen as Commander Tung, and Gong Li as the main antagonist, a powerful witch named Xian Lang. Fans caught glimpses of how the film honors the original story in the first teaser released back in July, which showed Mulan struggling to become the person her family expects her to be instead of who she truly is. In the new footage, we get a longer look at how Mulan's journey begins when her father is called to battle and she follows her own destiny by suiting up to take his place in disguise to fight for her loved ones.

With so many Disney live-action reboots popping up — such as the record breaking Lion King, Disney+'s Lady and the Tramp, and the upcoming The Little Mermaid — we're fully prepared to relive our childhood and embark on magical contemporary adventures. Above, watch the trailer for Mulan, and get ready for the action-packed film that's set to hit theatres on March 27, 2020!

Movies
Still No Letter From Hogwarts? At Least You Can Now Watch All 8 Harry Potter Movies on HBO Max
by Mekishana Pierre 6 days ago
Latest Celebrity
×