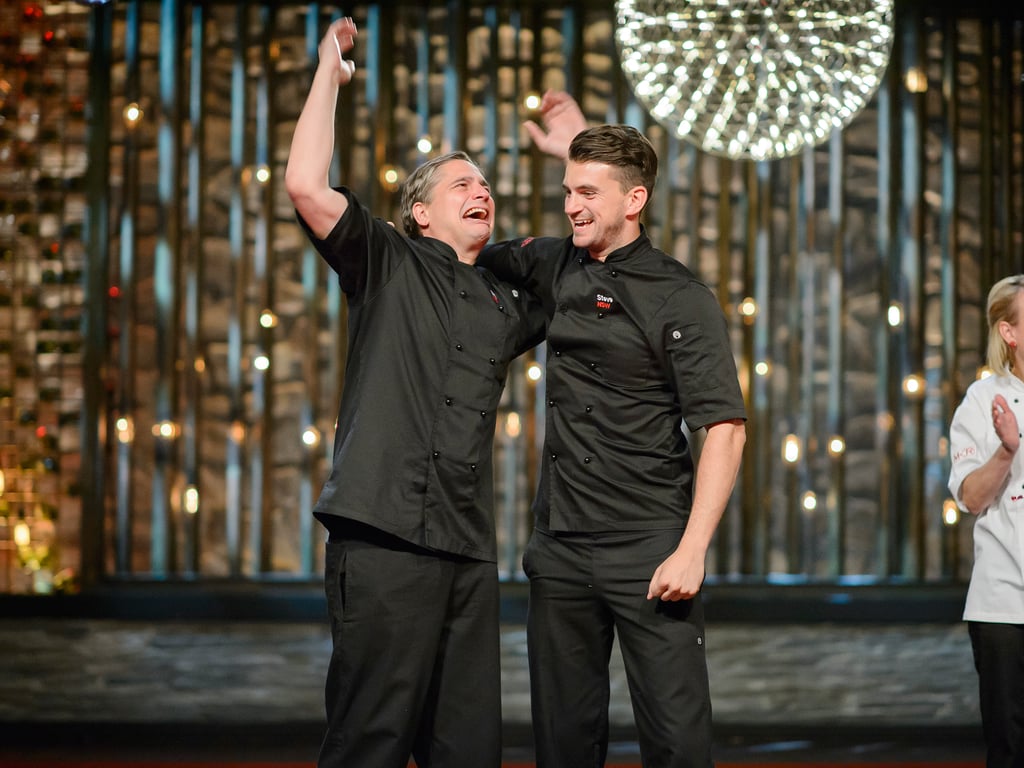 Life has changed for friends and former investment bankers Will Stewart and Steve Flood. On Monday night, the affable British lads watched the My Kitchen Rules grand final with their nearest and dearest at a pub in the Sydney CBD, and it was only then that they discovered they had won the 2015 series and were $250,000 richer.

For the grand final, Will and Steve's five-course menu earned a total score of 52 out of 60 from the judges, narrowly beating the menu of their competitors Jac and Shaz from Mt Isa, who received a score of 50. As Pete Evans said, it was creativity and technique versus delicious, honest home cooking, and in the end it was Will and Steve who won the title and prize. Their victory also marked the first time an all-male team has won the show, as well as the first time grand finalists wearing the black chef whites have gone all the way!

We chatted to Will and Steve yesterday afternoon to discuss how stressful the final cook was, get clarification on rumours Jac and Shaz were upset at two results being filmed, and find out which other TV shows they'd like to go on — turns out they have big TV dreams that involve winning a Logie one day!